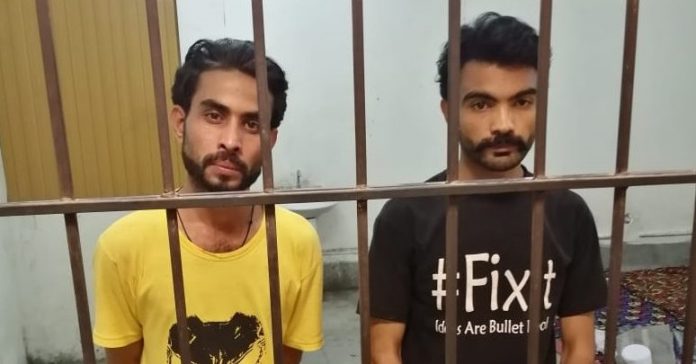 PESHAWAR: Two activists of #Fixit have been arrested in Peshawar over making a video of a traffic police personnel and sharing it on the social media.

The two activists, Adnan and Ilyas, have been arrested by the Federal Investigation Agency (FIA) Cyber Crime Circle on complaint of traffic police constable Bakht Buland. The constable had filed a complaint with the FIA Cyber Crime Wing that the two young men filmed him while he was eating ice cream. He said the activists uploaded the video on the social media and blamed him of not paying to the ice cream seller which brought bad name for him and his department.

On July 1, a video went viral on the social media in which it has been shown that Bakht Buland is eating ice cream in a shop and a person comes to him and asks him to pay for the qulfi (ice cream). The constable tells the person that he is sitting in the shop and will pay him after coming out of the shop. The person starts arguments with the constable and tell him that he takes salary from the taxes paid by the common man and then misbehaves with the same people. The traffic police constable said he never misbehaves with anyone.

However, the maker of the video repeatedly termed the constable as goon. The video maker was identified as Adnan and he said he was an activist of #Fixit. Adnan then shared the video on the social media, but it mainly received negative response. People in their comments criticised #Fixit and termed it a bid for defaming police in KP. After negative responses, the video maker deleted it from the social media.

Now he has been arrested on the complaint of the traffic police constable.

#Fixit campaign was started by its founder Alamgir Khan in Karachi in 2016 when he shared videos of garbage dumps and open manholes in the city and drew attention of the authorities towards the pressing problem of pollution. He was also once arrested for throwing garbage outside Chief Minister House in Karachi. The ruling PTI awarded him a party ticket to contest by-election on NA-243 constituency of Karachi from where he won the election.