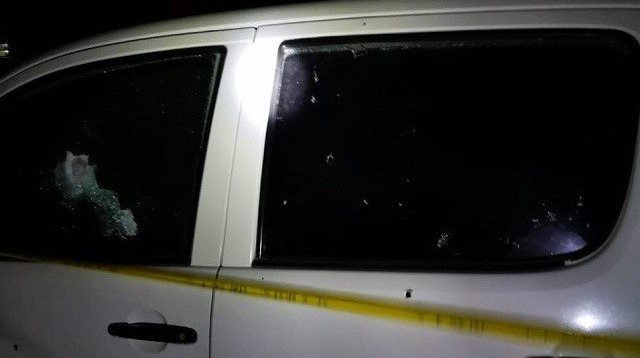 PESHAWAR: Two guards were injured in an attack by unknown armed men on a vehicle of an intelligence agency on Northern Bypass near Chamkani in Peshawar on Tuesday evening.

Police said a vehicle of the intelligence agency was travelling on Northern Bypass when two bike riders opened fire on it at 7:30pm. The vehicle was bullet proof and officers sitting in the front seat remained unharmed. However, two guards siting in the rear suffered injuries in the firing and were taken to the Combined Military Hospital (CMH).

The assailants escaped from the scene after the incident.

Policemen reached the spot and cordoned off the area. A search operation was also carried out in the area. However, there were no reports about any arrest.