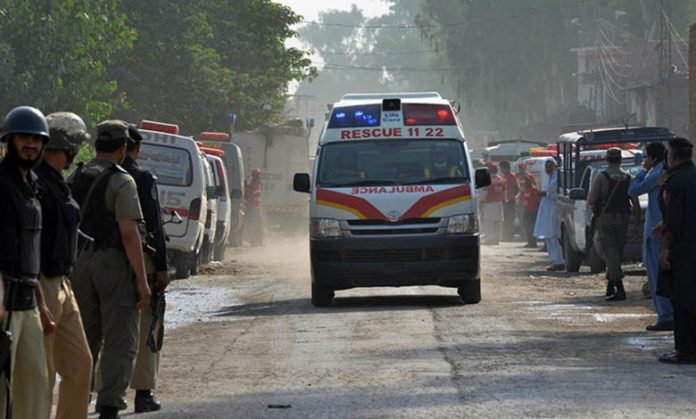 MARDAN: Two policemen providing security to a polio vaccination team were killed in a gun attack in Rustam tehsil of Mardan on Wednesday, police said.

The policemen were returning from security duty with a vaccination team when they were attacked by unidentified armed men who came on a motorcycle. One policeman died on the spot, while other succumbed to injuries in hospital. The deceased policemen were identified as Syed Ali Raza and Shakir.

A heavy contingent of police reached the incident site, cordoned off the entire area launched a search operation. However, there was no word about any arrest till filing of this report.

As many as 2,000 policemen have been deployed for the security of polio teams during the five-day vaccination campaign in Mardan that started on Monday.

On January 11, a policeman performing security duty for polio vaccination team was shot dead in Latambar area of Karak.

Meanwhile, the people of Batwar area of Salarzai tehsil in Bajaur tribal district announced end to their boycott of the ongoing vaccination campaign over suspension of mobile phone service in the area.

The announcement came after senior officials assured them of addressing their issue. The area people had earlier announced boycotting the ongoing five-day vaccination drive in protest against weak signals of mobile phone in the region. The villagers refused to cooperate with the vaccination teams.

Assistant Commissioner Khar Fazal Raheem reached the area and appealed to villagers not to boycott vaccination over mobile phone service suspension as the issue was not related to administration and health department. He assured to raise the issue with relevant quarters after which the villagers agreed to end boycott.