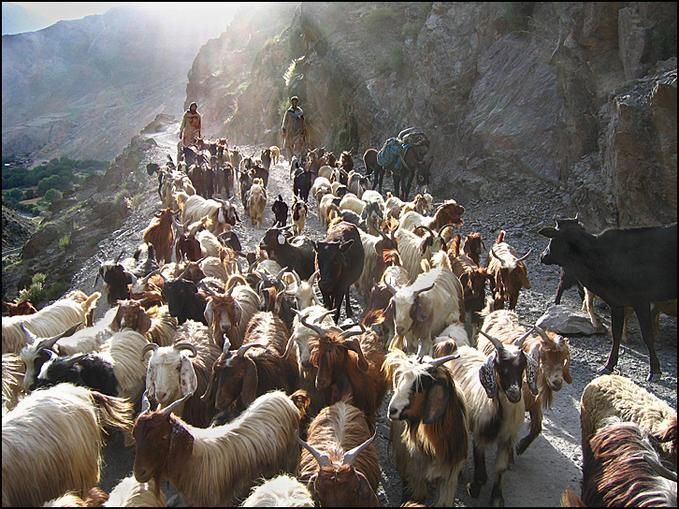 CHITRAL, 29 July: Unidentified armed men have shot dead two shepherds belonging to  Kailash tribe in Chitral and took away a flock of 500 goats with them,  police said on Friday.

SHO Bamboryat police station Abdul Fattah said 50-year old Wali Khan and 27-year old Noor Ahmad were grazing goats in a meadow near Pak-Afghan border on Thursday when unknown armed men gunned them down and took away the herd of goats.

Talking to TNN, an elder of the Kailash tribe Wazir Zada accused his fellow tribesmen were killed by Taliban militants saying  similar incidents have taken place in the area in the past.

He said that Kailash tribe usually burry dead people after three days celebration but  mutilated dead bodies of Wali Khan and Noor Ahmad would be buried Saturday due to fear of decomposition.