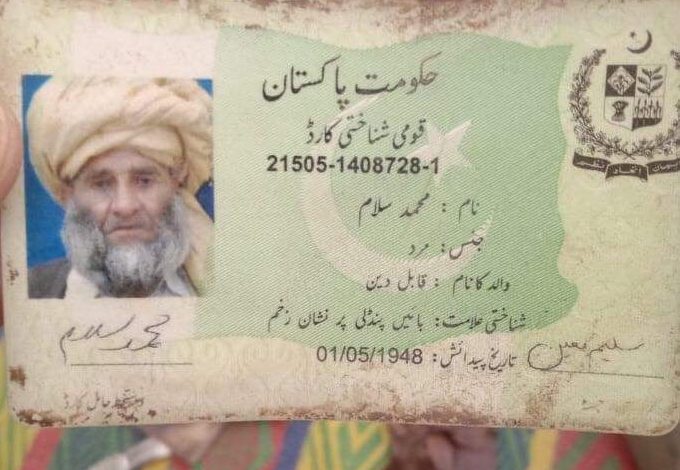 BARA: Two people were killed by unknown miscreants in Bara tehsil of Khyber tribal district, while the body of a person who went missing 12 years ago in North Waziristan, has been found.

TNN correspondent reported that construction work was continuing on Garyum Road in Razmak sub-division when the labourers found a body of a person who went missing 12 years ago. Local police said the said person went missing from Mir Ali area of North Waziristan 12 years ago.

Police said the name of the person is Muhammad Salam, son of Kabal Din, who belonged to Khushali village of Mir Ali sub-division. Just bones were recovered which were handed over to the son of the deceased, Shaukat.

Meanwhile, two persons were killed in a firing incident in Tirah area. The assailants escaped the scene after committing the murder.

Sources said unknown armed men opened fire near Al-Haaj Market on Alam Goodar Road in Sepah area in which a person Arif was injured. A team of Rescue 1122 arrived immediately and shifted the injured person to Dogra Hospital in Bara. However, he succumbed to his injuries at the hospital.

The second firing incident happened in Malikdinkhel area of Tirah where unknown armed men opened fire on a 23-year-old person Saqib. He was being shifted to Bara Hospital, but he died on the way.

Police said both the incidents were outcome of personal enmity. The local people have expressed concern over the incidents of violence and demanded the law enforcing agencies to play role to curb these incidents.

A firing incident happened between two groups of students at Abdul Wali Khan University Mardan (AWKUM) on Thursday after which the police arrested five students.

Police immediately arrived at the scene and brought the situation under control. The university was closed after the firing incident and five students allegedly involved in firing were arrested. Further investigation into the incident is underway.