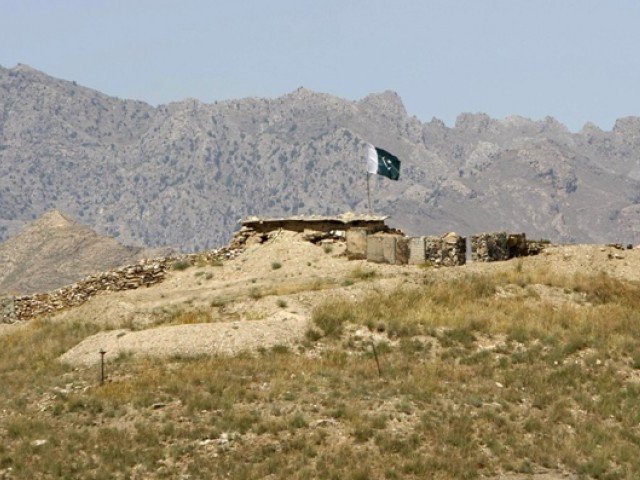 The security forces cordoned off the area after the incident and launched a search operation. But there was no word about any arrest.

Despite completion of a massive military operation Zarb-e-Azb and return of temporarily displaced persons to North Waziristan military personnel often come under attack in the area as militants still have presence in some patches.

On June 03, three soldiers were martyred and another was injured in two separate incidents of firing in North Waziristan. The first incident happened in Razmak tehsil, while the second incident happened in Dattakhel tehsil. The martyred soldiers were identified as Naik Abdul Jabbar and sepoys Asif and Nizamuddin. The injured soldier was identified as Muhammad Ismail.

Six security personnel were martyred in a militant attack on a military check post by militants in Shawal tehsil of North Waziristan on July 27. Official sources said that unknown militants opened fire on a security check post in Mana Badam Shah area due to which six soldiers died.

On July 20, terrorists attacked a security check post in Boya area of North Waziristan in which six persons, including four soldiers, were injured. The security forces said that it was a remote control bomb attack that occurred near a security check post in tehsil Boya. On July 10, a security personnel was martyred and five others were injured in two bomb attacks in North Waziristan. Official sources said that the bomb disposal squad in Dattakhel tehsil was attacked with a remote control bomb in which one personnel was martyred and three others were injured. The security personnel were in Khar Kamar of North Waziristan area when they came under attack.

The security forces also conduct intelligence based operations against militants in North Waziristan from time to time.