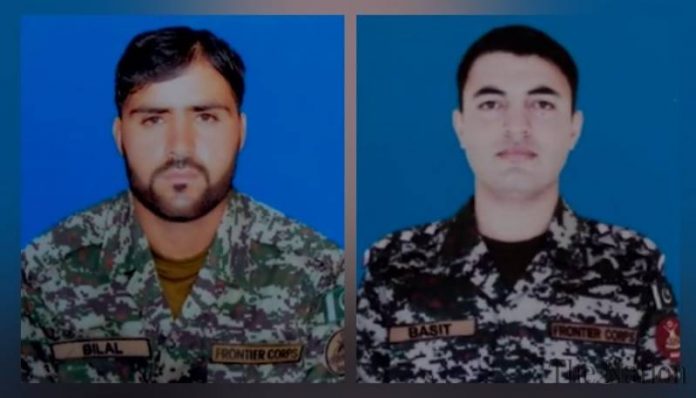 PESHAWAR: Two soldiers of Pakistan Army, including a captain, were martyred during an intelligence-based operation (IBO) in the Zewa area of Kurram tribal district on Tuesday, Inter-Services Public Relations (ISPR) said in a statement.

According to the military’s media wing, the security forces conducted a sanitisation operation in Kurram upon receiving information about presence of terrorists. During the intense exchange of fire, three terrorists were killed and two soldiers of the Pakistan Army were martyred.

The martyred soldiers were identified as Captain Basit and soldier Hazrat Bilal, 22, a resident of Orakzai tribal district.

The ISPR said cordon and search operation was launched to eliminate any other terrorists found in the area.

In apparent incident of target killing, an ice cream seller hailing from Bahawalpur district of Punjab has been shot dead in Tatarabad village of Mir Ali tehsil in North Waziristan tribal district.

The deceased has been identified as Muhammad Shabbir. The armed men fled the scene after killing the ice cream seller. Police arrived at the scene and shifted the body to Mir Ali Hospital for post mortem.

The murder happened a day after unidentified miscreants threw a hand grenade at a girls school in North Waziristan at a time when examination 12th grade students was in process.

The grenade was thrown at an empty post at the school which caused no casualties, police said. North Waziristan District Police Officer (DPO) Shafiullah Gandapur said the incident happened in Haiderkhel village with a purpose to create panic. He said the attack was carried out to create law and order situation of the area. He said police have launched investigation into the attack. He said police are conducting investigation from all angles and culprits will be brought to book.

The grenade attack in North Waziristan came a day after one person was killed in a mortar shell attack during fierce fighting between Borakhel and Eidak sub-tribes. Both the groups used mortar guns, RPG-7s and medium and heavy machineguns to target each other’s positions. This was the second person killed in the fighting since the start of the armed conflict.