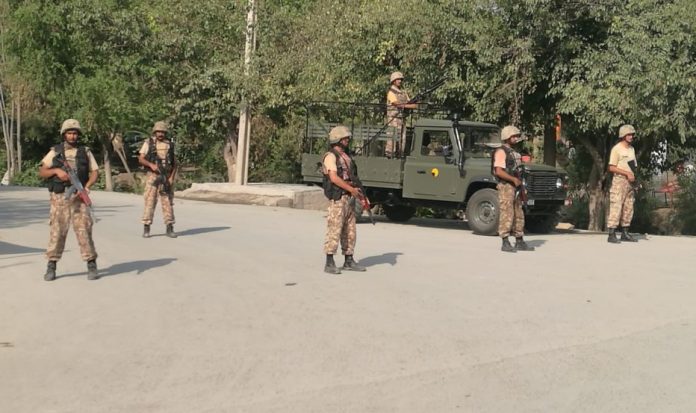 According to the Inter-Services Public Relations (ISPR), the security forces were conducting an area clearance operation in Dosali area when they were attacked with an IED. The martyred soldiers were identified as Sepoy Zia Akram, 25, resident of Muzaffarabad, and Sepoy Musawwar Khan, 20, resident of Bajaur tribal district.

Following the IED attack, the Pakistan Army troops cordoned off the area to apprehend the terrorists involved in the attack. The ISPR said that during the intense exchange of fire, one of the terrorists, who was trying to flee, got killed. The clearance operation was also conduced eliminate any other terrorists found in the area.

Terrorist attacks on security forces in Waziristan region have increased recently which have created an atmosphere of concern among the people. The security forces have also stepped up intelligence-based operations (IBO) to target terrorists.

The same day, a cross-border attack was reported from North Waziristan, in which a solider sustained injuries.

On august 26, a soldier was martyred in a cross-border attack on a military check post in Lower Dir.

According to ISPR, terrorists from inside Afghanistan across the international border opened fire on a military post in Lower Dir. One soldier identified as Havaldar Gul Ameer, got critically injured and later embraced martyrdom while under treatment at a hospital.