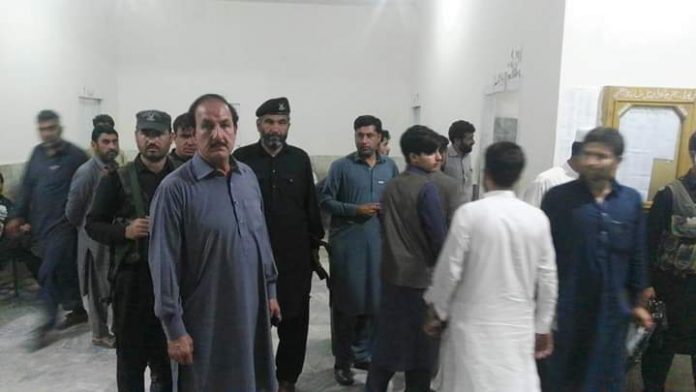 KHAR: Two women and a child sustained serious burn injuries in a geyser blast at the women ward of Dubai Hospital in Bajaur tribal district on Saturday.

The injured women and child were immediately shifted to emergency ward of the hospital after the incident. Medical Superintendent Dr Azizur Rehman said one of the women has sustained serious wounds, however, her condition was out of danger. He said best treatment has been provided to the three patients.

The relatives of the patients Saturday staged protest outside District Headquarters Hospital Lakki Marwat over absence of doctors.

The protesters blocked the Tajazai-Mianwali road to record their protest. The protesters said they were compelled to stage protest as doctors of the hospital remain absent from their duties due to which patients suffer a lot. They said some doctors come very late and that too for an hour or two and then disappear. They alleged that the children specialist was missing since morning. They said the children are dying of diseases, while children specialist is in the habit of arriving hospital very late. 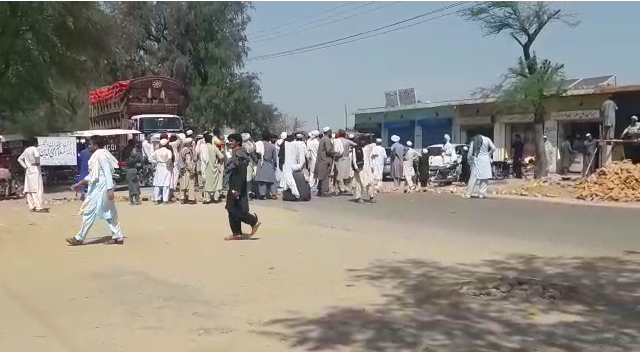 Children specialist Dr Ghulam Mohiuddin arrived at the hospital at a time when the people were staging protest. The protesters encircled the vehicle of the doctors and forced him to come out of his vehicle and go to his office on his own feet.

A police team also arrived at the spot to hold negotiations with the protesters.

No leishmania injections in Mohmand

The people of Mohmand tribal district are facing a difficult situation as injections for the treatment of leishmania are not available in the hospital.

On Friday, the residents of Safi tehsil staged protest and blocked Peshawar-Bajaur Road for all kinds of traffic over the issue. The protesters chanted slogans against the health authorities and said leishmania cases have reached to an alarming extent due to unavailability of treatment facilities. They said most of the local people are poor and they could not afford to buy the injections from the market as these were very expensive.

Stock of the injections provided at the District Headquarters Hospital Ghallanai expired due to a large number of patients visiting the hospital and new stock was not provided. The situation has led to unrest in the area as growing number of patients has become a permanent headache for the local people and government.