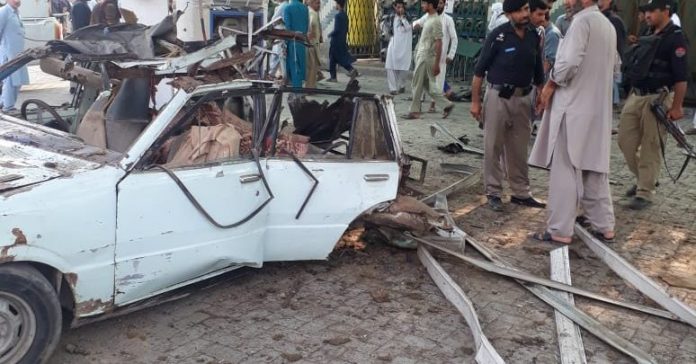 CHARSADDA: Two women and a girl lost their lives when gas cylinder of a car exploded during filling at a gas filling station on Peshawar-Charsadda Road on Saturday.

TNN correspondent reported that a family from Yar Hussain area of Swabi was going to Charsadda. The driver of the car took the car to a filling station near Sardaryab for filling. The gas cylinder of the car exploded during the filling due to which two women and a girl lost their lives. Seven other persons, including driver of the vehicle and six children, were injured in the blast. The deceased girl was 15-year-old.

Meanwhile, nine persons of a family were injured when roof of a house collapsed due to heavy rain in Charsadda on Saturday.

The local sources said the incident happened in Sur Kamar area in the wee hours of Saturday where roof of a mud made house collapsed. Nine people were trapped under the rubble who were rescued by the local people on self-help basis. The injured persons were shifted to Lady Reading Hospital Peshawar. The injured persons included Azizullah, his two wives, five daughters and a son.

Meanwhile, the Pakistan Metrological Department has predicted more rain in parts of Khyber Pakhtunkhwa during the next 24 hours. The Met Office said rain may cause flash flood in parts of Malakand, Hazara, Mardan and Peshawar divisions. The concerned departments have been put on high alert amid the threat of expected damages from heavy rains.

On Friday, at least five persons were killed while 18 others injured in rain-related incidents in different areas of KP. The PDMA said that heavy rains caused flash floods in mountainous areas of Buner, Shangla, Mansehra, Torghar, Kurram, Abbottabad and Upper Dir where besides human loss, at least 27 cattle were also lost or dead during the current spell of rains.