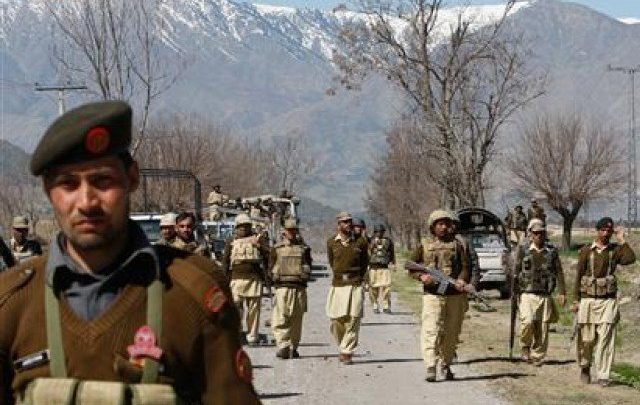 KHAR: Two women were injured in a rocket attack at the house of a leader of the Awami National Party (ANP) in Bajaur tribal district on Friday.

Local sources said unknown miscreants fired two rockets at the house of senior ANP leader Sheikh Jehanzada in Nawagai area at 8:00am. Two women present in the house were injured in the attack. The women were taken to hospital for treatment where their condition was stated to be out of danger.

No one has claimed responsibility for the attack. It is second time that Sheikh Jehanzada’s house has come under attack. Recently a rocket was fired at the house of the ANP leader. However, no loss was reported in that attack.

The security forces launched a search operation in the area after the attack. However, no arrests were made in the operation.

A man in Nowshera has accused a farmer of severely torturing his 12-year-old son in Nowshera over a trivial issue.

Noorul Islam said his son Mehran picked up a sugarcane from a bundle over which the farmer got furious and subjected him to severe torture. He said torture marks are clearly visible on the whole body of his son. He also showed torture marks on back of his son to the media. Pictures shared with the media show that the boy was severely tortured and his back has clear injury marks. He said his neighbours shifted his son to District Headquarters Hospital.

Police have filed a case against the farmer and initiated investigation. However, the accused farmer was not arrested. The father of the tortured boy demanded strict punishment for the farmer. He said his son was brutally tortured for a very trivial mistake. He said he will stage protest if action was not taken against the accused.