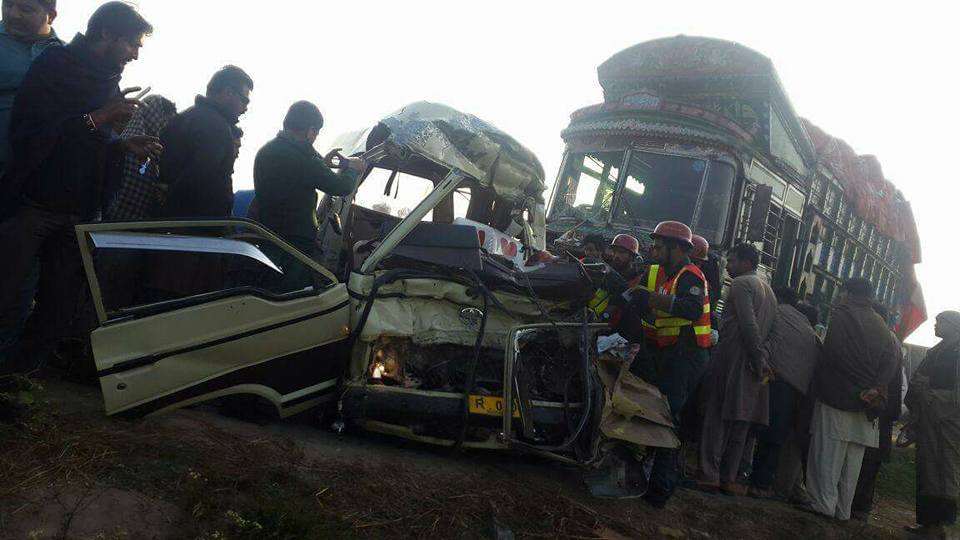 KHAIRPUR: As many as 20 people were killed while 60 others were injured on Monday morning as a passenger van rammed into a coal filled truck near Khairpur district of Sindh province.

Officials at the district administration said that the van driver in an attempt to overtake the truck loaded with coal, rammed into it. As a result, both vehicle fell of the road into a ditch.

Quoting the injured, Senior Superintendent of Police Azfar Mahesar said the coach driver had erred in trying to overtake the truck amid thick fog.

Rescue officials said search and rescue operation was delayed because the coal in the truck was a hazard, adding that cutters were being used to cut away the vehicles’ carcass to rescue the passengers.

The deceased and injured where shifted to Khairpur Civil Hospital, from where 12 of the bodies were handed to their families.