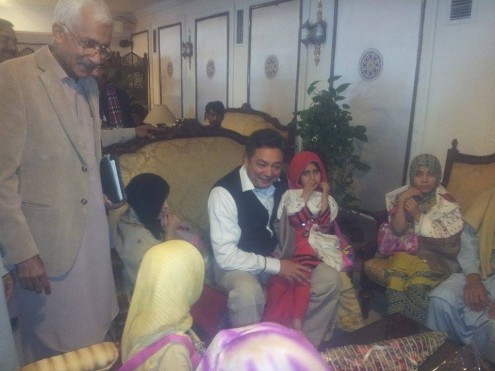 PESHAWAR, November 29: Twenty girls hailing from Bajaur Agency who were recovered from a house in Karachi have arrived in Peshawar through an airplane.

These girls were handed over to the officials of FATA Secretariat by the Sindh government in Karachi yesterday and they arrived at Peshawar Airport today through a plane. Sources told Tribal News Network that parents of 15 girls also arrived in the same plane and that these girls will be taken to Bajaur Agency straightaway in special vehicles.

The girls were sent by their parents to a Karachi madrassa for religious education but the seminary administration handed them over to another person for look after to settle a debt issue. They were recovered from a congested house in Karachi few days ago. Twenty among the recovered girls hailed from Bajaur Agency, while 15 were from Karachi.