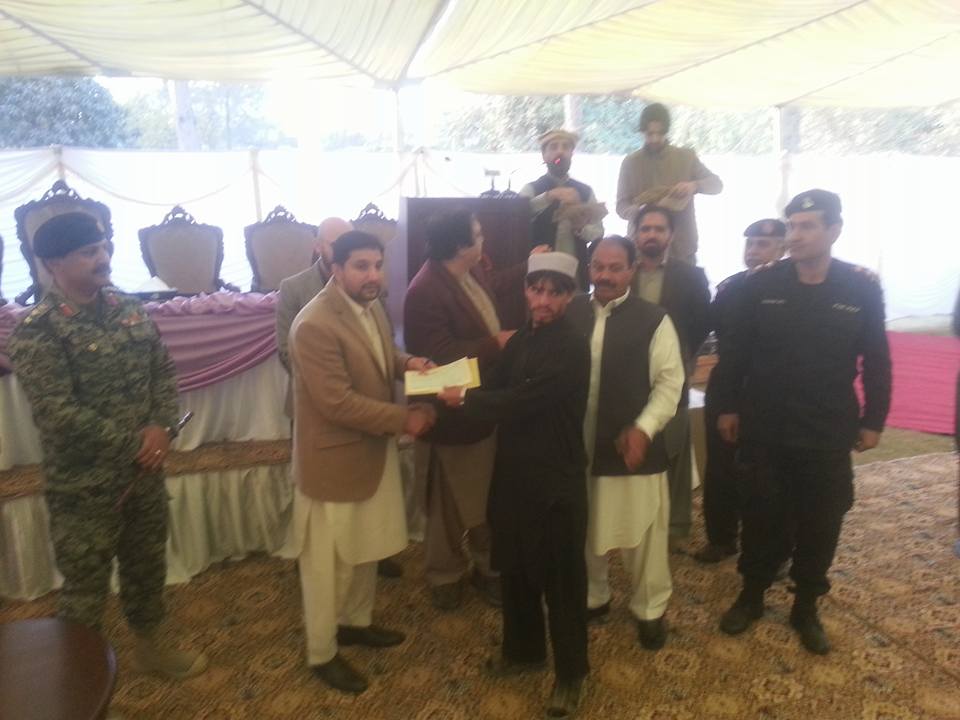 PESHAWAR, 15 December: The political administration of Khyber Agency has distributed Rs74 million among 200 tribesmen of the Malik Din Khel tribe as compensation amount for their damaged houses.

The compensation amount was given to the owners of the demolished houses during a ceremony held in Khyber House here on Thursday. Political agent Khalid Mehmood gave Rs400,000 each to 175 tribesmen whose houses were completely demolished in the insurgency and the subsequent military operations.

Similarly, 25 tribesmen, whose houses were partially damaged were given Rs160,000 each by the political administration.

The tribesmen who got the compensation amount termed it insufficient for the reconstruction of their houses and said it wouldn’t be enough even for the removal of the debris of their demolished houses.

“The amount given to us as compensation of our demolished houses is insufficient. We demand from the government to increase the amount and build roads, schools and hospitals in the area,” said Anwar Said, a local tribesman.