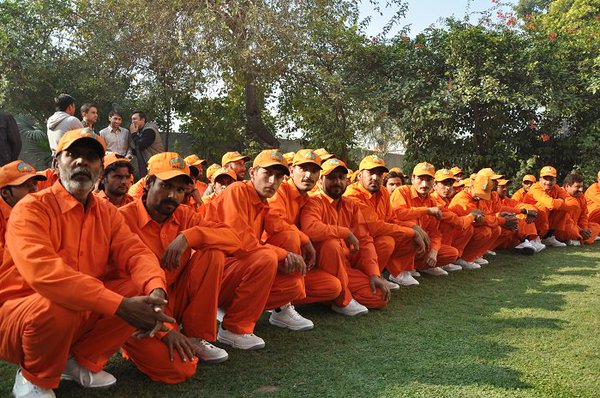 PESHAWAR: The Water and sanitation services, Peshawar has announced that some 200 ulemas, from different schools of thoughts, will work with them to create awareness on the importance of water, sanitation and hygiene to make Chief Minister Khyber Pakhtunkhwa’s 10-day sanitation campaign a success.

The campaign titled, “Ashara-e-Safai” has been launched on May 25 throughout Khyber Pakhtunkhwa.

To make it a success, WSSP has also expedited its operations and community outreach efforts in collaboration with government and local non-governmental organizations. Several NGOs have deputed female staff to carry out door-to-door awareness campaigns jointly with WSSP female staffers to promote sanitation and water conservation.

The teams have been visiting girls’ schools and colleges where they sensitise students on the importance of water, sanitation and hygiene apart from holding sessions with teachers.

Besides, community outreach drive is underway throughout the provincial capital. The company has constituted teams under the supervision of its social mobilisers for water and sanitation to hold corner meetings with masses in union councils and neighbourhood councils.

Moreover, awareness walks, meetings with teachers, ulema and elected representatives, seeking their help to make the campaign a success. For effective community engagement to ensure participation at the gross root level, WSSP has, thus far,organised10 prove community awareness sessions and as many walks while several awareness activities were conducted in public and private schools.

Students from various schools were invited to the programmes who delivered speeches on the importance of water and sanitation and winners were awarded shields. To ensure proper dumping of waste, teams of WSSP held meetings with traders’ unions, urging them to keep their markets clean and dump waste at WSSP designated places and containers.

Chief Executive Officer WSSP Syed Zafar Ali Shah said that sanitation and conservation of water were collective responsibilities of all. “WSSP alone can neither keep the city clean nor ensure water conservation unless masses play their due role in doing this,” he said and urged them to cooperate with sanitation staff by disposing waste at proper places.