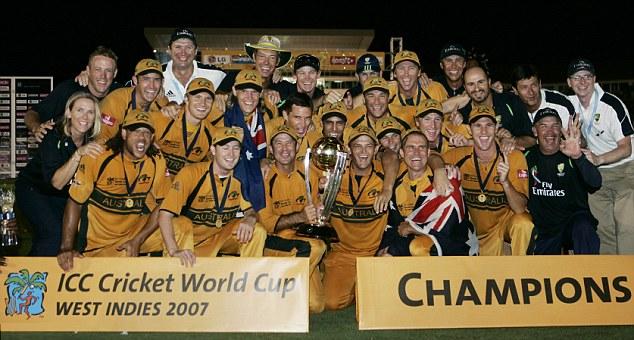 PESHAWAR, 11 February: The Cricket World CUP 2007 was a nightmare for Pakistan as they had to face exit in first round of the mega event after defeat from minnows Ireland.

The agony did not end there, as on the very next day of defeat from Ireland, Pakistan coach Bob Wolmer was found dead in his hotel room due to heart attack.

Captain Inzamamul Haq had to announce premature retirement from cricket in the aftermath of Pakistan’s early exit from the World Cup hosted by the West Indies. Australia were hot favourites to win their third consecutive World Cup and they had won all their matches leading into the final contest. However, they were up against Sri Lanka’s dangerous batsmen Jayasuriya, Sangakkara, Jayawardene and Dilshan and bowlers like Malinga, Muralitharan and Vaas in the final hurdle.

The World Cup final was reduced to 38 overs due to rain. Australian openers Gilchrist and Hayden opened their innings aggressively. Due to rapid fire 149 from Gilchrist, Australia set a target of 282 for Sri Lanka in 38 overs.

After more rain, the umpires awarded the match to Australia under Duckworth-Lewis rule.