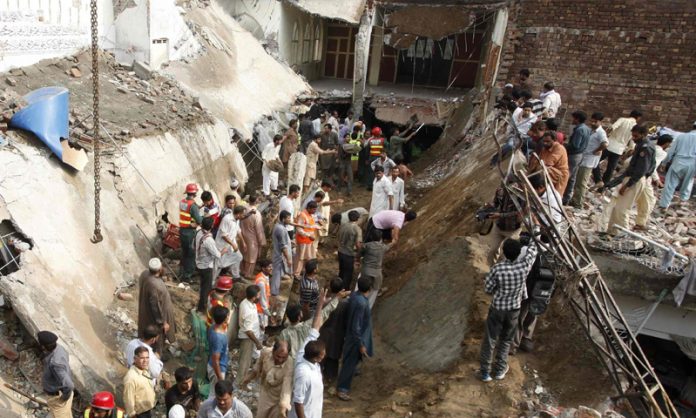 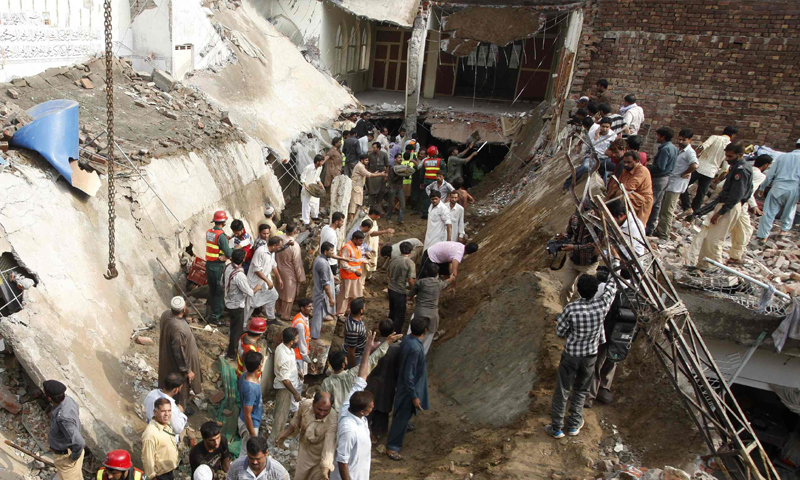 LAHORE, September 10: Twenty-two people died when the roof of a mosque collapsed in Lahore, the provincial capital of Punjab province.

The Punjab Police have notified that on 9 September some the faithful were offering Zuhar (noon) prayer in Daroogha Wala area when the double-storey building of the mosque caved in, leaving 22 people dead and seven others severely injured.

Local residents said that the death toll might rise because several people were still buried under the debris.

Due to heavy rains and floods, many buildings have collapsed in various areas of Punjab.

Meanwhile, the Meteorological Department says the water level would increase in Trimmu Barrage and the flood may also hit the Jhang area.

Officials of the National Disaster Management Authority say they were trying to secure the Jhang city from flood by diverting the water flow from the Trimmu Barrage.

The floods have claimed about 156 lives in Punjab, 64 in Azad Kashmir and 11 lives in Gilgit-Baltistan.