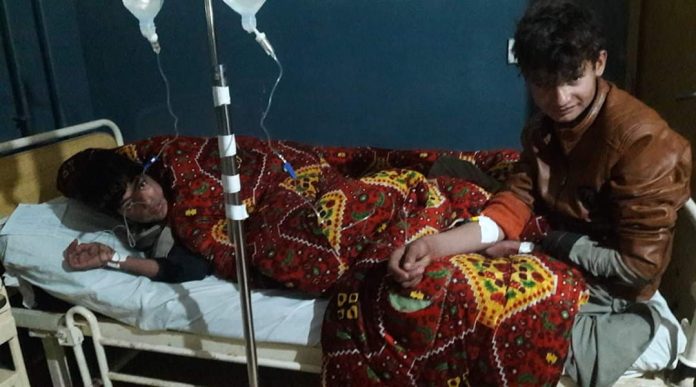 BATTAGRAM: As many as 230 people were affected after eating toxic food at a wedding function in Battagram on Friday.

Local sources said 230 wedding guests complained of food poisoning after eating food on Friday evening at the marriage ceremony of Shafieeur Rehman in Hotal Dheri area of Battagram. Most of the affected people were immediately taken to the District Headquarters Hospital where a state of emergency was declared. Some affected people were also taken to other local health facilities.

Sources said the condition of the affected people was out of danger now.

Police said they have confiscated the leftover food and the bridegroom and his family members are being questioned to ascertain the motive behind the incident.

A new-born girl died at the Mardan Medical Complex (MMC) due to alleged negligence of the hospital staff on Friday night.

Muhammad Ijaz, a resident of Shedo area of Mardan, told TNN that he along with his wife came to the hospital in the night where his wife gave birth to a girl. He said no bed was available at the hospital due to which his wife and baby were laying on the stretcher for five hours in extreme cold weather. He said his little daughter died due to extreme cold weather on the stretcher and the condition of his wife also worsened.

Ijaz said his baby died due to the negligence of the hospital staff and demanded the government to take notice of the incident.

Patients visiting the District Headquarters Hospital Bannu have complained about the irresponsible attitude of doctors.

The doctors and other staff showed some efficiency during the visit of Director General Health to the hospital on Friday, but soon after his visit, the situation was all the same.

A young man Ihtesham was brought to the hospital at 2:00pm, however, his family members complained that no doctor came for his check up till 9:00pm. Nematullah, father of Ihtesham, said his son was on the bed for seven hours and he did everything he could to bring a doctor to check his son, but in vain. He severely criticised the claims of betterment of government hospitals and said the authorities need to fix things quickly to end the sufferings of patients. Ihtesham was eventually shifted to the Combined Military Hospital (CMH) Bannu by his family as mark of protest.

Medical Superintendent Dr Qazi Fayazuddin rejected the impression that the doctors of the hospital showed any negligence. He said those medicines which are not available at the hospital are brought from other stores outside the hospital. He said an inquiry into the matter has been ordered.