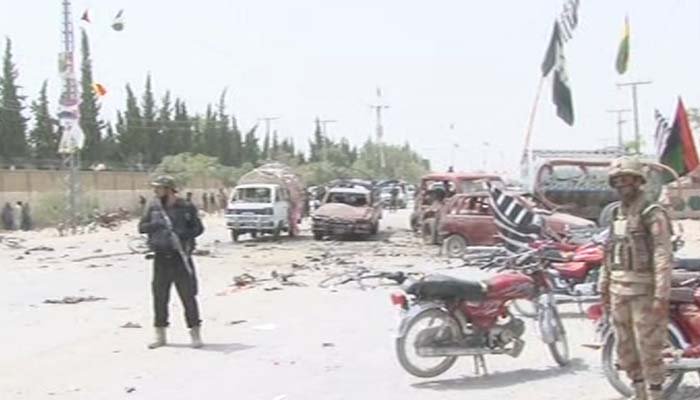 PESHAWAR: At least 25 people were killed and 30 others injured in a suicide blast in Quetta on Wednesday.

The injured persons were taken to Civil Hospital Quetta were the condition of some of them was stated to be critical. Emergency was declared in Civil Hospital after the blast.

Police said the bomber was trying to enter the police station and blew himself up near the police van when policemen stopped him. A hand grenade was also recovered from the scene of the blast.

The security forces reached the site of the blast soon after the incident and cordoned off the entire area.