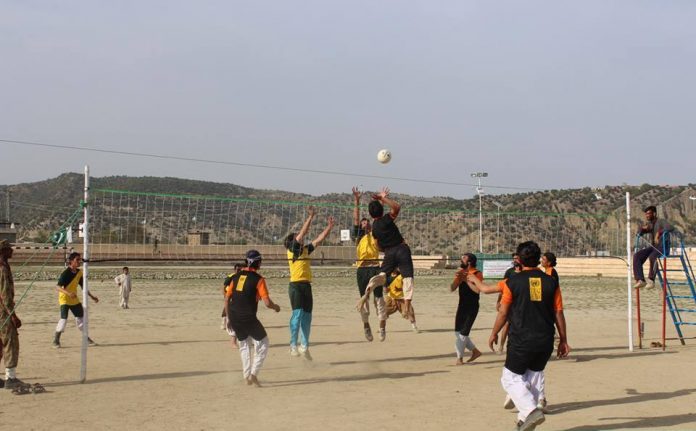 PESHAWAR: The Khyber Pakhtunkhwa government has allocated Rs.60 million in the budget for establishment of playgrounds in 25 sub-divisions of tribal districts.

Sports officials in merged districts say Rs.5 billion out of Rs.151 billion funds announced by the federal government will also be spent on different sports projects. These projects include establishment of playgrounds, organizing sports festivals and tournaments.

Director KP Directorate of Sports Asfandyar Khattak said in an interview with TNN that the government has approved Rs.5.5 billion for sports schemes in 25 tehsils of merged districts. He said the government is planning to establish sports complex in every tehsil of tribal districts.

“The government has rehabilitated the existing sports complexes and new schemes have been included in the annual development program (ADP). Female indoor gymnasiums are also being developed,” he said.

Asfandyar Khattak said a big flagship project has been inaugurated and district sports officers (DSOs) were invited to identify sites for establishment of small sports grounds on union council and village level in merged districts.

“We directed the DSOs in a meeting to identify the sites within 15 days. The government has set a target to set up maximum number of volleyball, tennis and badminton courts and cricket academies and grounds in merged districts by next year. Sports complexes are built on divisional headquarters level,” he said.

The Sports Directorate director said small playgrounds can be established easily. He said facilities of badminton, squash, basketball, volleyball courts, gyms, cricket academies and cricket and hockey grounds will be set up in merged districts.

“Indoor gymnasiums for female players with all facilities will be set up on district level. We will also make efforts for providing sports areas for girls at sports grounds. We are planning to arrange a competition of the upcoming National Games in Jamrud Stadium, which will be a huge achievement for merged districts of KP,” he said.

The government and donor agencies have taken several steps for rehabilitation of people who have returned from displacement in merged districts. People are of the view that promotion of sports and other positive activities will give further boost to rehabilitation process and it will have positive impact on local population.