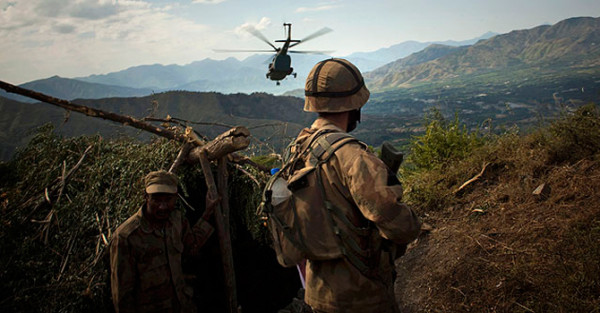 BARA, 1 May: Twenty-seven militants and five soldiers, including a Pakistan Army captain, have been killed in clashes in Tirah area of Khyber Agency.

According to security sources, clashes occurred last night between the security forces and terrorists in Kandao, Tor Darra, Sandapal and other mountainous areas of Tirah valley during which 27 militants were killed and these areas were also captured by the forces. The sources said five soldiers, including Captain Ajmal Khan, were also killed on the spot during the clashes.

The sources added that the security forces have started advance movement towards forward trenches.