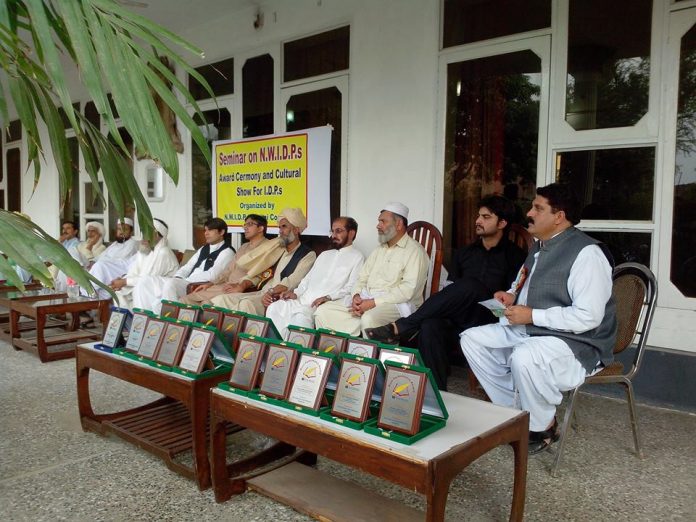 BANNU, October 9: The North Waziristan Qaumi Committee has given awards to 27 people for serving the internally displaced persons of the tribal region, where the Pakistan Army has launched military operation Zarb-e-Azb since June this year.

Those rewarded include policemen, journalists and members of the non-government organisations.

An elder of the committee, Mr Nazar Din, the award ceremony was meant to bring the problems of IDPs into the notice of media and to encourage the displaced families.

“We have already highlighted the problems of the IDPs through media. We will continue making efforts for the welfare of displaced families till their rehabilitation,” he added.

However, some people on the occasion said the awards had been distributed on basis of nepotism and that it would discourage those who have selflessly served the affected families.