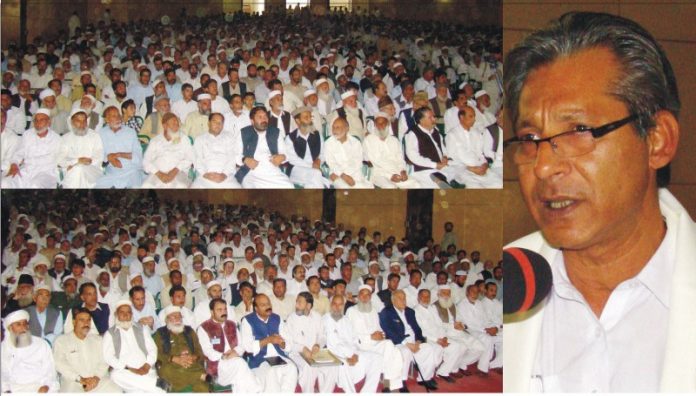 MINGORA, October 13: The 27th death anniversary of the last Wali-e-Swat (last ruler of the former princely state of Swat) was observed on 12 October.

A number of members of the royal family attended a ceremony in this respect.

Addressing the ceremony, grandson of the Wali, Mr Miangul Shahryar Amirzeb, said his grandfather was known the world over because of his services for people of the region.

He said the then princely state of Swat had made remarkable progress in construction of roads, hospitals and schools. He said the Wali had developed Swat valley and had taken enough measures to promote education in the area.

Other speakers of the ceremony also paid tribute to the Wali for his services to the masses. Swat valley, which was an independent state in the past, was merged into to Pakistan in 1969.