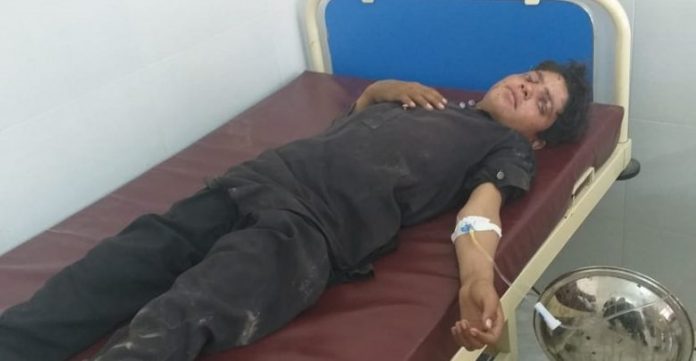 GHALLANAI: Three children including two brothers, were critically injured in a landmine blast in Safi area of Mohmand tribal district on Saturday.

TNN correspondent reported that the children were playing near a mountain between the area of Mamadgat and Sagi Payan when a landmine exploded on them. The injured children were identified as 10-year-old Bilal Khan, 12-year-old Iftikhar and his younger brother 10-year-old Mukamal Shah.

The first blast happened in Birmal area of South Waziristan near the Pak-Afghan border in which four persons, including two children, were killed and six others were injured. Sources said the deceased belonged to Gangikhel sub-tribe of Wazir tribe. They were going to an orchard of chilgoza (pine nuts) when their vehicle hit a landmine. Gangikhel area is spread across the Pak-Afghan border in South Waziristan and the incident happened near the border.

The second landmine blast happened in Dangin area of North Waziristan in which two security personnel were injured.

The boy, Abdullah was grazing his cattle outside his home when he stepped over a landmine planted by unknown miscreants. The sources said Abdullah lost his one leg in the blast.

One June 25, a child lost her life and three others were injured in a landmine blast in North Waziristan. The incident happened near Dabray Pull in Patikhel village in Hamzoni. The sources said children belonging to same family were playing outside their home when one of them stepped over a landmine. A little girl lost her life in the incident, while three others were injured.

On June 14, a security personnel lost his life in a landmine explosion in South Waziristan. Official sources said a soldier was coming back to his check post after repairing a water pipeline in Sra Rogha tehsil when he stepped on a landmine.