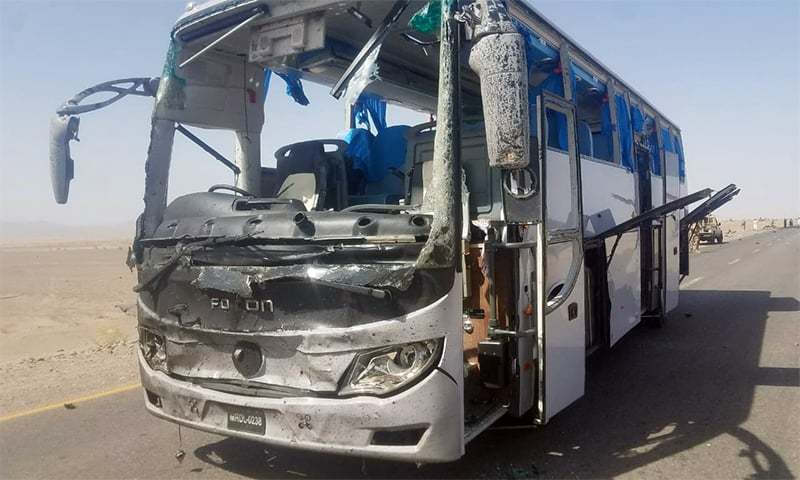 PESHAWAR: Six people, including Chinese nationals, were injured when a suicide bomber blew himself up near a bus carrying employees of Saindak Copper Gold Project in Dalbandin area of Chaghi district of Balochistan on Saturday.

The employees of the project were on their way to Dalbandin when their bus was targeted by the bomber on the road. Security sources said the bomber apparently missed his target due to which massive damage was averted. The injured included three Chinese workers and three Frontier Corps (FC) personnel. The injured were shifted to a nearby hospital where they were stated to be in stable condition.

The bus of the employees was also damaged in the attack. The security forces cordoned off the entire area and launched search operation.

Saindak Copper-Gold Mine is located near Saindak town in Chaghi district.