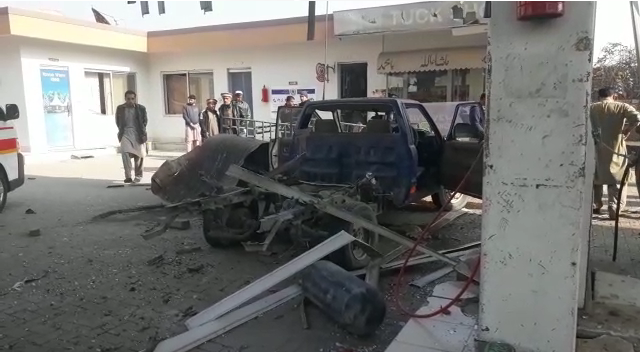 NOWSHERA: Three people lost their lives and as many were injured in two gas-related mishaps in Nowshera on Tuesday.

The first incident happened in Hakeemabad area where two persons died due to accumulation of gas in a poultry form. Rescue sources said the incident happened due to accumulation of toxic gas emitted by the electric generator inside a room in a poultry form. The deceased included 25-year-old Tariq Umar, who hailed from Peshawar, and 26-year-old Fazlullah.

The bodies were taken to District Headquarters Hospital Nowshera.

In a separate incident in Hakeemabad, a rickshaw driver died and three children were injured when a gas cylinder fitted in the rickshaw exploded.

Police said the CNG cylinder of the rickshaw exploded when the driver was filling gas in a CNG station. The injured children were taken to District Headquarters Hospital. The CNG station was also slightly damaged in the incident.

Twenty-five students were affected due to gas leakage in a madrassa in Abbottabad on Monday night.

Local sources said the geyser at a madrassa adjacent to Al-Badar Masjid started leaking gas after load-shedding at the night which affected 25 students. The affected students were taken to District Headquarters Hospital. Two students were shifted to the intensive care unit (ICU) due to their serious condition, while others were sent home after first aid.

Fire erupts in shops in Chitral and Swabi

Fire erupted in shops in Berozgar Chowk in Jaghor area of Chitral on Monday night which was overcome by the Rescue 1122 firefighters with timely action.

Fire erupted in the shops due to electric short circuit at 2:00am after which the firefighters arrived quickly and doused the fire. The local people appreciated the rescue personnel for their timely action and saving the nearby homes and other shops.

In a separate incident, fire erupted in a tailor shop in Shewa Adda in Swabi.

Police said the fire erupted due to electricity short circuit. Cloth and sewing machine in the shop were reduced to ashes.