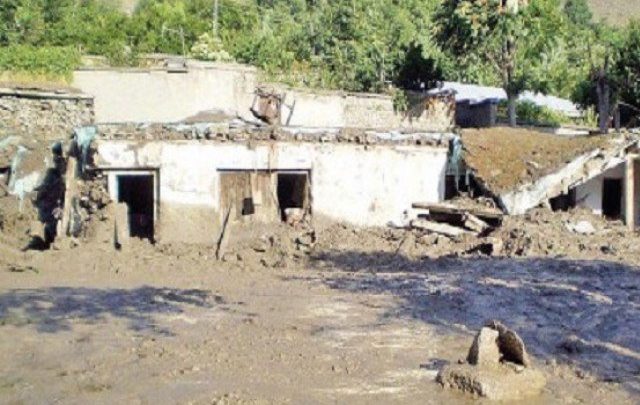 UPPER DIR: Three persons were injured as five houses collapsed and several vehicles were washed away in flash flood after heavy rain in Upper Dir on Friday.

Local sources said heavy rain and gusty winds caused land sliding in Kumrat area of Upper Dir-Kohistan which blocked the road and a large number of tourists going to Kumrat were stranded. The stranded tourists, including women and children, are facing a lot of problems due to land sliding and blockage of the road.

The district administration has not taken any step for opening of the road so far. A large number of vehicles are also stranded in the area.

Flash flood has washed away five houses and a number of vehicles. Three persons were also injured in rain-related incidents. Sources said dozens of cattle have also been washed away in flash flood.

The locals have demanded the government to immediately open the road to end difficulties of tourists.

The alert issued on Thursday said that the Pakistan Metrological Department has predicted that weak to moderate monsoon currents are penetrating north-eastern parts of the province and are likely to strengthen during the forthcoming days. Under the influence of the weather system, rain, dust-storm, thunderstorm associated with strong gusty winds are expected at isolated places in Malakand, Hazara, Peshawar, Mardan and Kohat divisions from Thursday to Sunday.

Rain and windstorm are also expected in isolated places in Dera Ismail Khan division from Friday evening to Sunday. More rain, dust-storm are expected in parts of KP from Monday to Thursday.

The PDMA requested the concerned authorities to take all precautionary measures in order to avoid human losses or damages to property. The concerned authorities have also been requested to inform tourists about the weather forecast; ensure availability of all emergency services, staff, machinery and other resources; share information about any occurrence with the PDMA on helpline 1700; all concerned line departments must remain vigilant in restoring road links.