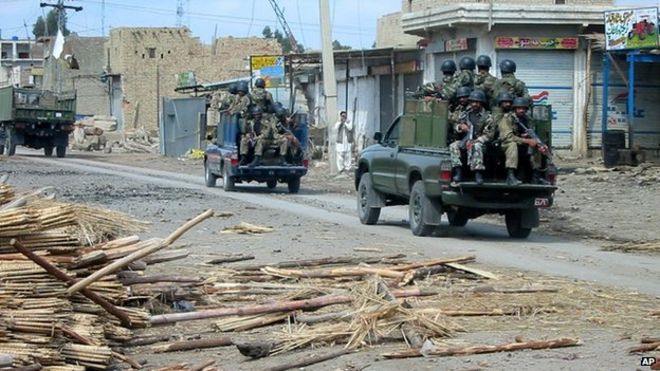 MIRANSHAH: Three people lost their lives and 10 others, including five soldiers, sustained injuries in a clash between protesters and security personnel in North Waziristan tribal district on Sunday.

According to the Inter-Services Public Relations (ISPR), a group of protesters led by Members National Assembly Mohsin Dawar and Ali Wazir assaulted Khar Qamar check post in Boya tehsil of North Waziristan tribal district in the morning. The protesters wanted to exert pressure for release of suspected terrorists’ facilitator arrested two days ago.

The ISPR said the troops at the check post exercised maximum restraint in the face of provocation and direct firing on the security check post. Due to firing of the group of protesters, five Army soldiers sustained injuries. In exchange of fire, three individuals, who attacked the check post, lost their lives and 10 got injured. All the injured were evacuated to Army Hospital for treatment.

Ali Wazir along with eight individuals have been arrested, while Mohsin Dawar is at large after inciting the crowd.

Independent MNAs Ali Wazir and Mohsin Dawar are affiliated with the Pakhtun Tahaffuz Movement (PTM) led by Manzoor Pashteen. The group activists have staged several protests recently and several of its activists have been arrested.

The government and security authorities are of the view that violent protests and sloganeering by the group’s activist despite acceptance of most of their genuine demands is worrisome. Sunday’s clash between the PTM activists and security personnel occurred near the site of the sit-in camp of the PTM. The group activists are staging sit-in at the site for the last several days.

Curfew was imposed in North Waziristan after the incident and a large number of security personnel reached there. The cell phone and internet services were also not available in the area after the clash. Sources said Dr Gul Alam and some other PTM activists have also been arrested.