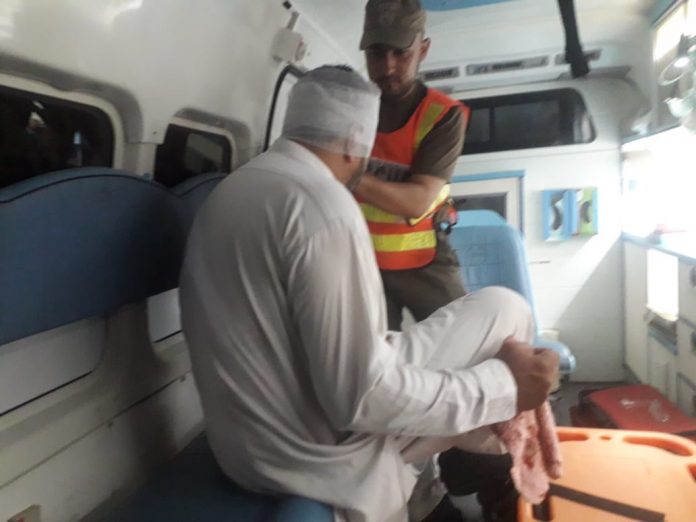 SWAT: Two persons were killed while a child sustained injuries when the wall of the school playground collapsed in Sarsenai area of Tehsil Kabal on Saturday. Local people informed that the incident occurred due to strong winds as a result two youngest identified as Hayat and Rehan, residents of Kabal, trapped under it.

After the incident, local people rushed to the spot for rescue operation, however, they failed to retrieve the youngsters alive. The local sources informed that they’ve managed to rescue a child in injured condition. He was rushed to Saidu Sharif Hospital where the doctors said that his condition is out of danger.

The victims were identified as Murad who was shifted to Mardan Medical Complex (MMC) while the injured were taken to Katlang Type D hospital by the officials of Rescue 1122 emergency service of the province.

PESHAWAR: The district administration, during a crackdown against profiteer Nanbais, arrested 22 who were violating official price list, said an official of administration here on Saturday.

The district administration after successful talks with Nanbai Association had fixed a new price of 190 Grams Roti (bread) at Rs 15.

They also demanded subsidy on gas and flour. And if the government is unable to give subsidy then the permission should be given to reduce the weight of roti. They said the association would continue to strike if the government take notice against them.