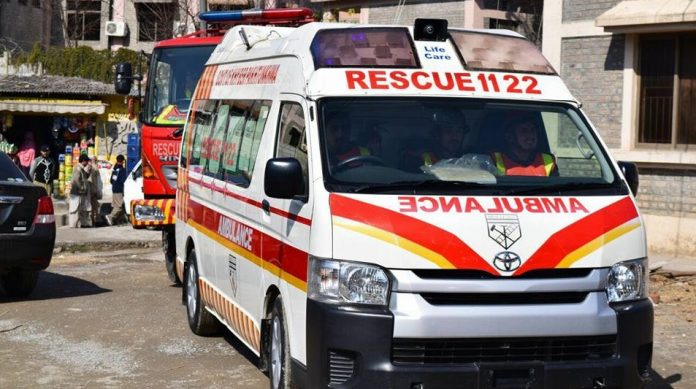 MIRANSHAH: Three people lost their lives and six others were injured in separate incidents in North Waziristan tribal district on Saturday.

TNN correspondent reported that one person was killed and five others sustained injuries in firing between two rival groups in Razmak Bazaar. Local sources said persons of one group were in the bazaar with a guest when people from the rival group arrived there in a vehicle and opened fire on them. The guest, Rahat Shah, who had come from Lakki Marwat, was killed in the firing, while two persons from the rival group and four passers-by sustained injuries as both sides traded fire.

Razmak Police said the incident was the outcome of old enmity. The injured persons were taken to District Headquarters Hospital Miranshah. Two persons have been arrested on suspicion of involvement in the firing incident. Further investigation into the incident is underway.

Meanwhile, two persons lost their lives after falling into a 50-foot deep well in Khushali village of Mir Ali tehsil.

The Rescue 1122 team soon reached the spot after receiving information and retrieved the bodies. The deceased were identified as Roohullah and Sharifullah.

The district administration of North Waziristan tribal district on Saturday distributed compensation cheques among the people affected due to natural calamities.

A ceremony in this regard was organised at the Jirga Hall of Miranshah during which Deputy Commissioner Shahid Ali Khan and Assistant Commissioner Miranshah Adnan Abrar distributed cheques among the affected persons. Compensation was given in a total of 112 cases. The process of approval of the compensation took a long time.