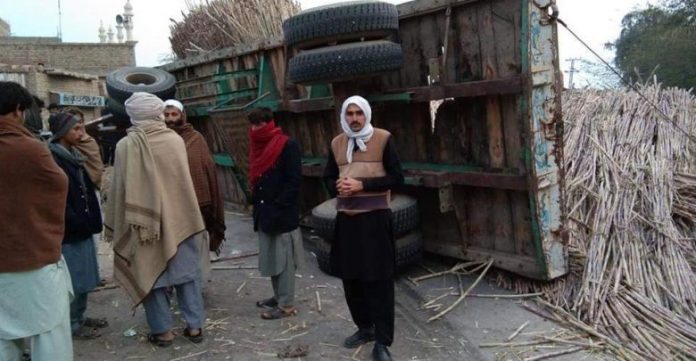 MIRANSHAH: Three people lost their lives and seven others have been injured in traffic accidents in Tank, Karak and Mohmand tribal district.

One person was killed when a tractor carrying sugarcane rammed into a shop in Tank on Saturday. Local sources said the incident happened on Dabar Road near South Waziristan in the morning when the overloaded tractor rammed into a shop. The driver of the tractor lost his life in the incident, while the shop was also damaged.

Meanwhile, one person was killed and three others were injured when a passenger van collided with a car in Karak. The incident happened in Sabir Abad area due to over speeding. The injured persons were taken to District Headquarters Hospital for treatment.

On Friday, one person was killed and four others were injured when a car fell into a ditch in Mamadgat area of Safi tehsil in Mohmand tribal district. TNN correspondent reported that the accident happened due to over speeding. The deceased was identified as Luqman, while the injured included driver Hameedullah, Kifayatullah, Rehman and Moheedullah. The injured persons were taken to Agency Headquarters Hospital. 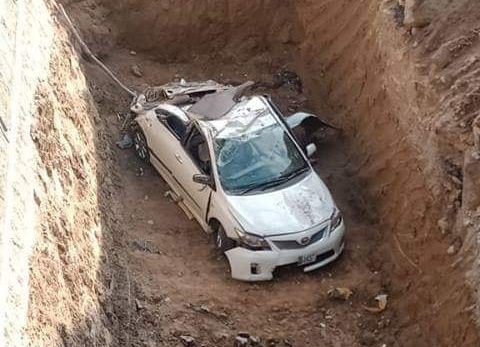 On Thursday, two persons were injured when their motorcycles collided in Nawagai area of Buner. They were taken to hospital for treatment.

Most of such accidents happen due to untrained drivers, reckless driving, poor condition of roads and poor maintenance of vehicles.

Mardan Police has arrested a fraudster who used to mint money from people, especially from Afghan refugees, while introducing him as an FIA (Federal Investigation Agency) personnel.

The arrested fraudster, Hamid Khan, belongs to Bannu. Pakistani, Saudi and Afghan currency and six mobile phone sets have been recovered from his possession.

Meanwhile, an officer of the FIA said strict action will be taken against fraudsters using the name of the institution to loot people. City Police said some fake personnel are involved in looting the people who will be dealt with sternly. A team has been constituted to nab such fraudsters.