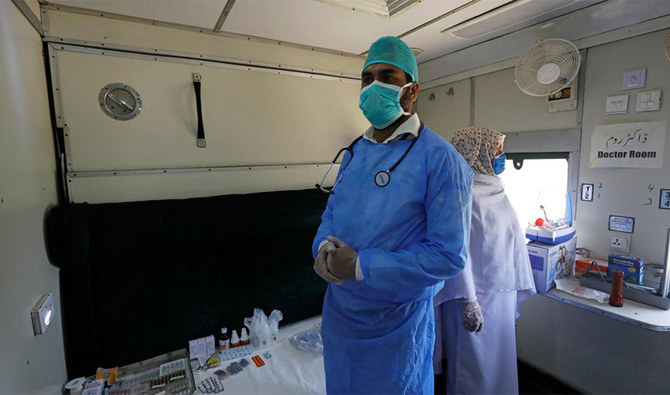 PESHAWAR: Three doctors of Khyber Teaching Hospital (KTH) have been diagnosed with coronavirus.

Young Doctors Association (YDA) said tests of three doctors were conducted after they showed symptoms and the results came back as positive. The three doctors have isolated themselves at their homes.

So far, 26 doctors have died of coronavirus in KP, according to the Provincial Doctors Association. It said that 40 health workers have succumbed to coronavirus, but the government has not given any martyrs package to their families so far.

On Sunday, six coronavirus patients died at the hospital due to oxygen shortage.

The Khyber Pakhtunkhwa government swung into action immediately after receiving sharp criticism from various quarters and suspended seven officials, including the director of the KTH Dr Tahir Nadeem Khan for negligence.

The preliminary report found negligence to the major cause.

The report found that the rescue squad was incompetent to deal with any emergency situation within the hospital. Late Saturday night, when the incident happened, the duty staff of oxygen plant of the hospital was not present.

The probe committee found that the KTH’s oxygen tank has a storage capacity of 10,000 cubic metres, but there is no backup system for oxygen supply.

Compensation for families of victims

KP Health Minister Taimur Khan Jhagra appreciated the committee for completing the probe within 24 hours. “We committed to make the report public. Hospitals across the country may learn from the systemic failures here,” the minister said in a tweet.

Taimur Jhagra then said at a press conference that the families of those who lost their lives in the hospital due to staff negligence will get Rs1 million each as compensation. He said reforms are direly needed as old system cannot be run during this modern era.