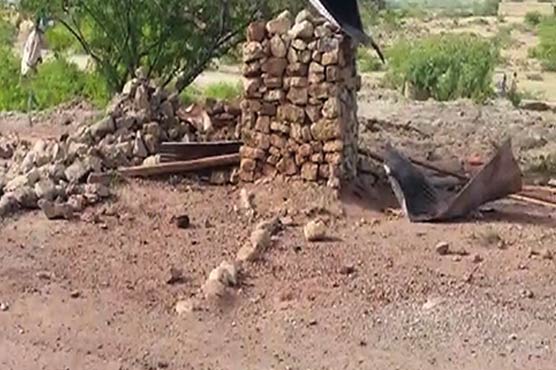 MIRANSHAH: Three Levies personnel were martyred, while another sustained injuries in a blast at a check post in North Waziristan tribal district on Saturday.

The security forces cordoned off the area and launched a search operation.

The attack on the check post came a day after one security personnel lost his life and three others were injured in a landmine blast in North Waziristan. The security personnel were busy in a search operation in Dosali area of Razmak sub-division, when an improvised explosive device exploded on them.

Another similar attack happened in North Waziristan last week when one soldier died and another was injured in an attack by militants on a security check post near the Pak-Afghan border on last Saturday. The same day, two soldiers sustained critical injuries in an IED blast in Kharr Qamar area of Dattakhel tehsil.

A large number of people, including security, personnel have lost their lives and sustained injuries in landmine and IED blasts in the tribal districts, particularly in North Waziristan. The tribal district was cleared of militants during military operation, but they left behind several landmines which are still taking lives and causing injuries to people. The left over militants also attack the security forces through landmine blasts and remote control blasts from time to time.

The security forces have cleared most of the areas of landmines and they also conduct intelligence-based operations. Several such operations have been carried out in North Waziristan recently on credible information about presence of militants and these operations often result into the killing or arrest of the wanted terrorists.