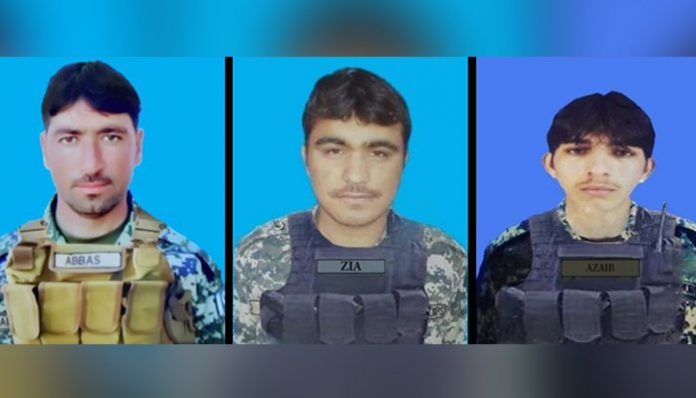 One of the slain terrorists was an improvised explosive device (IED) expert. The military’s media wing said Sepoy Azaib Ahmed from Karak, Sepoy Ziaul Islam from Bannu and Lance Naik Abbass Khan from Orakzai tribal district were martyred during the exchange of fire.

On December 24, 2020 a soldier of the Pakistan Army embraced martyrdom and seven others were injured, while two terrorists were killed and 10 others wounded in a fierce clash in North Waziristan.

On November 22, 2020, four terrorists were killed during an intelligence-based operation (IBO) in North Waziristan, the ISPR said.

The security forces conducted the operation on a hideout of terrorists near Kaitu River, north-west of Spinwam. Terrorists opened fire on the troops in an effort to flee from the area. However, all the terrorists were killed by security forces.

On November 19, 2020, two soldiers were martyred in an attack by the militants in South Waziristan tribal district.

On October 15, 2020, six soldiers of the Pakistan Army embraced martyrdom in an improvised explosive device (IED) attack on their convoy in North Waziristan.

On October 09, 2020, a soldier embraced martyrdom and another sustained injuries in an attack of militants in South Waziristan.

On October 04, 2020, two terrorists were killed in an IBO in North Waziristan.

On October 02, 2020, the security forces foiled a major terrorist activity and gunned down two terrorists during an IBO in Boya area.