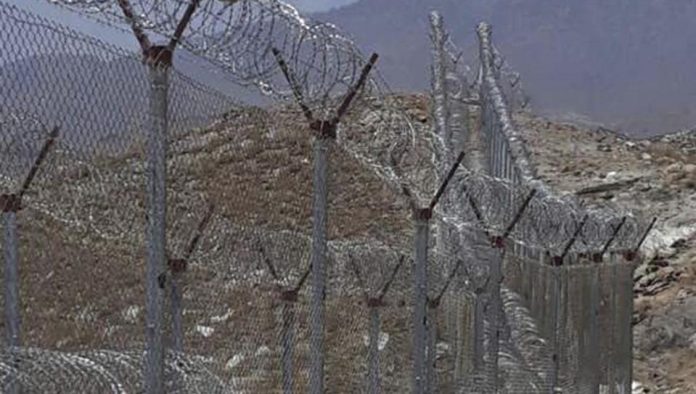 PESHAWAR: Three soldiers were martyred and seven others were injured when militants based in Afghanistan attacked the Pakistan Army troops busy in the border fencing in North Waziristan tribal district on Wednesday.

According to the Inter-Services Public Relations (ISPR), a group of 60 to 70 terrorists from across the border from bases in Afghanistan attacked troops undertaking fencing effort along the Pak-Afghan border in Alwara area of North Waziristan.

The attack effectively responded and repulsed by troops in area. Scores of terrorists were killed and injured. In exchange of fire three soldiers, Lance Naik Ali, Lance Naik Nazeer and Sepoy Imdadullah embraced martyrdom and seven others were injured.

The ISPR said while the Pakistani security forces are solidifying border security through fencing and construction of forts to deny liberty of action to the terrorists, Afghan security forces and the authorities need to have more effective control in border region to support Pakistan’s efforts as well as deny use of Afghan soil against Pakistan. Pakistan’s fencing effort shall continue despite all such impediments.

Cross border attacks have significantly reduced after initiation of fencing along the Pak-Afghan border by the Pakistani security forces. Pakistan considers the border fencing must to stop the cross border infiltration. However, the Afghan government opposes this move.

Pakistan plans to complete the border fencing by the end of 2019. Pakistan says the fencing will effectively benefit peaceful people of the two countries while restricting terrorists.

Security plan has been finalised for Orakzai tribal district by the local police.

The DPO issued necessary instructions to the police officers for the upcoming holy month of Ramazan. He said no one will be allowed to disturb law and order during the holy month. He said fool proof security will be provided at mosques, imambargahs, bazaars and other public places during Ramazan. He said providing safe environment is the top priority of police.