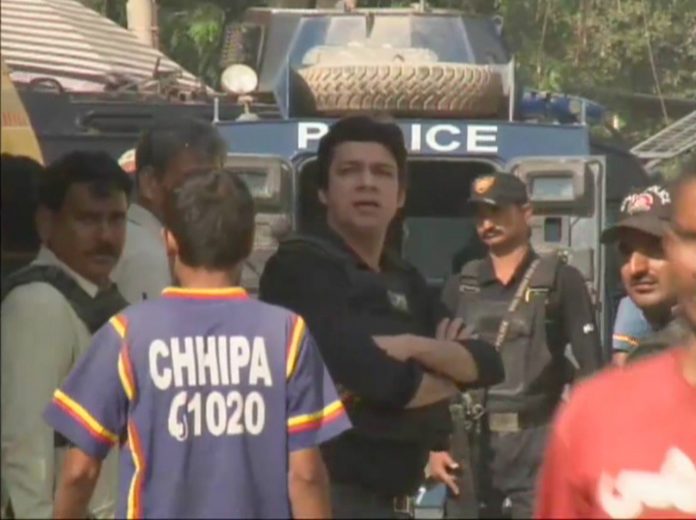 PESHAWAR: The security forces Friday foiled an attack on the Chinese Consulate in Karachi and killed three terrorists, while two policemen were also martyred in the firing and a Chinese security guard was injured.

Additional Inspector General (AIG) Amir Shaikh said terrorists launched the attack at about 9:30am. The attackers first opened fire at a checkpost and then detonated a hand grenade, killing two policemen and injuring a security guard. He said three terrorists were killed following an exchange of fire between security forces and the attackers.

The Inter-Services Public Relations (ISPR) also issued a statement, saying that three terrorists have been killed and all the staff of the consulate is safe. It said the situation is totally under control at the consulate.

The security agencies launched clearance operation in the area after the terrorist attack.

Prime Minister Imran Khan strongly condemned the incident and ordered a complete inquiry. He said elements behind this incident must be unearthed. He said the incident is part of conspiracy against Pakistan and China economic and strategic cooperation. However, he said, such incidents will never undermine Pak-China relationship. He praised the Karachi Police and Rangers for showing exceptional courage and said the nation salutes the martyrs and their colleagues for acting so vigilantly.

Foreign Minister Shah Mehmood Qureshi also condemned the incident and appreciated the security forces for foiling the attack. He said Pakistan and China are united to defeat the forces of terrorism.

Sindh Governor Imran Ismail also called for a report on the matter from the Sindh inspector general of police. Chief Minister Murad Ali Shah also telephoned the Chinese Consul General. The CM was informed that the mission officials were safe during the attack.