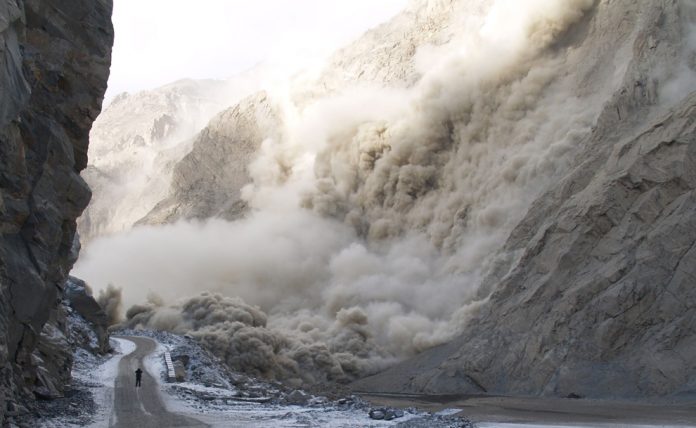 KURRAM: Three women of a family were killed while three remained injured as a result of land sliding at Ghokhi area of Tehsil Dogar in central Kurram on Monday. Among the injured, two women are stated to be in critical condition.

The officials of the district administration informed media that women were busy in routine work near the mount when the avalanche fell on their heads as a result six women were trapped.

After the news spread in the area, hundreds of local rescuers rushed to the area to retrieve the trapped women however, there was little success. They have managed to recover three women alive but critically injured condition, while three women were retrieved dead. According to local sources, the ages of the women are between 20 to 40 years. The dead bodies were handed over their family while the injured were shifted to the District Headquarter Hospital in Sadda.

Six Of family die in Harnai due to land sliding

He informed that the house belongs to Kabir Shah, where his wife and children sleeping at the time of the incident. Rescuers who rushed to their area after the incident was reported, have failed to five children and their mother, however, they have managed to rescue to two years old boy, mysteriously.

All the dead bodies have been recovered from under the debris and were taken to district headquarter hospital.

It is pertinent to mention that unlike the past, this year, Baluchistan province received more heavy rains due to which a number of house collapse incidents were reported in which a number of people of lost their lives.