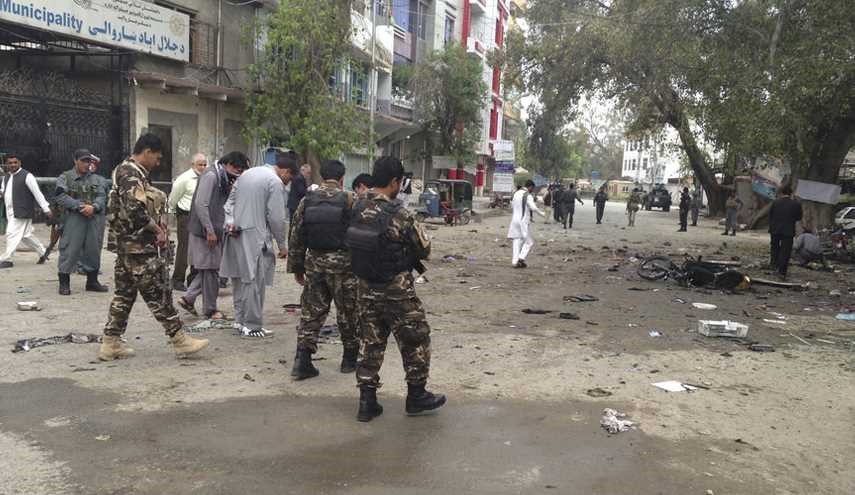 PESHAWAR: At least 32 people were killed and over a hundred others sustained injuries when a suicide bomber targeted a protest rally in Nangarhar province of Afghanistan on Tuesday.

The protest was held in Mohmand Dara district near Jalalabad-Torkham Highway for dismissal of Bilal Pacha, a commander of local police force members in Achin district. All the people killed in the attack were civilians.

The wounded were taken to hospitals where condition of some of them was stated to be critical.