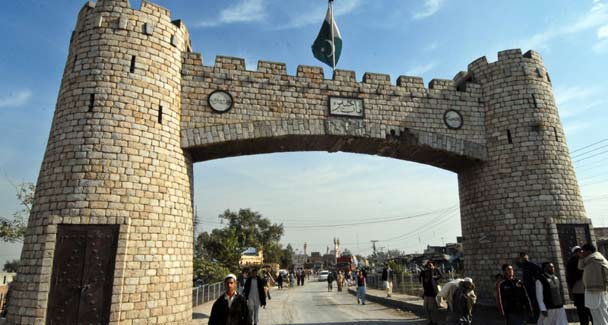 LANDIKOTAL: District Police Officer (DPO) Khyber tribal district Dr Iqbal Khan on Monday termed the last one year performance of the district police as satisfactory and said that appointment of local educated youth in the force will further improve its performance.

Addressing a media conference on the one-year performance of district police at Shahkas Levies Centre, Dr Iqbal Khan said people were troubled by the previous system of exploitation that is why the new police system was warmly welcomed in tribal districts and it is achieving successes at a very rapid pace.

The DPO said record improvement in the law and order and dispute resolution has been witnessed in tribal districts after merged with Khyber Pakhtunkhwa. Dr Iqbal Khan said the district police has registered 422 cases so far. He said out of 624 accused persons in these cases, 602 have been arrested. He said 282 people have been challaned and their cases are in process in courts. He said 70 accused of murder, kidnap for ransom and other crimes have been arrested in Khyber district during the last one year. He said the district police also unmasked five blind murder cases after thorough investigation.

About crimes in Khyber district, he said most cases are about narcotics. He said 116 such accused have been arrested in 104 cases. He said 611kg hashish, 213kg heroin, 80kg opium and 6kg ice (crystal meth) has also been recovered during different operations.

The DPO said as many as 3,850 personnel of Levies and Khassadar forces have been integrated into KP Police and 109 more officials will be integrated soon. He said there are 327 vacant posts of policemen in Khyber on which the recruitment process will begin soon. He said there will be single criteria for appointments and that is merit.

Dr Iqbal Khan said traffic system has been improved in the bazaars of Khyber within a limited time. He said policemen in Khyber are being trained on modern lines which is producing good results.

To a question, he said the quantity of confiscated drugs in the district is real and the old system of discrepancies in such operations no longer exists. He said drug pushers will be dealt with sternly.