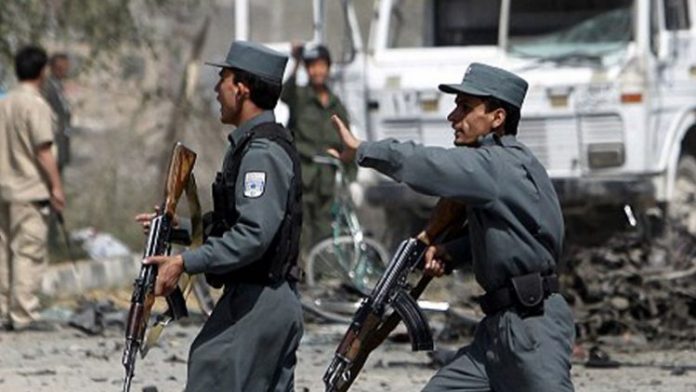 PESHAWAR: At least 34 people, including women and children, lost their lives when a bomb planted on the roadside hit a bus on Herat-Kandahar Highway in Afghanistan on Wednesday morning.

A large number of security officials reached the spot and cordoned off the area.

A spokesman for the provincial government alleged that the bomb was planted by the Taliban militants.

There was no claim of responsibility from any militant group about the incident. The militant groups often deny involvement or remain silent about incidents in which civilian casualties occur.

The Afghan president’s spokesman Sediq Sediqqi confirmed that at least 34 people died in the blast. He put blame of the tragic incident on the Taliban militants.

The massive civilian casualties in Afghanistan occurred a day after the United Nations said civilians were being killed and wounded at a shocking level in Afghanistan’s war, despite a push to end the nearly 18-year-old conflict. The UN report said 1,366 civilians were killed and another 2,446 injured in the first half of 2019 in the war-torn country. The most alarming fact mentioned in the report was that the US and pro-government forces caused more civilian deaths than the Taliban and other armed groups for the second quarter running.

Meanwhile, on Tuesday, an Afghan soldier shot dead two US soldiers and injured three others in Kandahar province of Afghanistan.

An Afghan military spokesman said a member of the Afghan army opened fire on troops inside a military base in Shah Wali Kot district and killed two US soldiers. The soldier who attacked the foreign troops was also injured in the firing and he was taken into custody.