PESHAWAR, 17 July: Hameeda Bibi, a resident of Nizampur area of Nowshera, has lost her baby before giving birth to him due to heavy work and lack of care during pregnancy and now she is visiting a clinic situated five miles away from her home to avoid further deterioration of her health condition.

“I am suffering severe bleeding since the beginning of my pregnancy and the doctors have told me to remove the foetus because it is not growing. They said heavy work at home has caused death of the foetus, but I have decided to conduct ultrasound test to check my condition,” she told TNN.

According to a survey, about 350,000 stillbirths are reported in Pakistan in a year. The death of women during deliveries is also very common in our country. The main cause of maternal deaths is lack of proper nutrition, sanitation or lack of trained matrons to look after the women after deliveries. 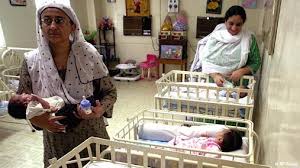 Sajida, a matron in Nowshera, said people need awareness in this respect.

“People in our area have no proper awareness about healthcare issues associated with women. There was no concept of antenatal check-up in this area before the opening of this clinic. However, now many women come here to utilise this facility. No one listens to us on the family planning issue. These people are of the view that why they should indulge in family planning as Almighty Allah is bestowing them with children,” Sajida told TNN.

The role of community midwife or trained matron could not be overlooked to ensure safe deliveries and good health of mother and child. 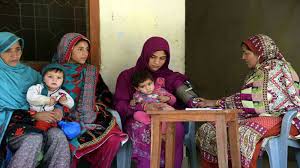 Aalia, a trained matron in Nowshera, said awareness among the people and training on modern lines to matrons can ensure safety of mother and child during deliveries.

“Most of the times, a pregnant woman even don’t have clear idea about her health condition. Many women die due to severe bleeding in the third stage. The matrons should also be given modern training besides training on conducting Ultrasound tests. Best training will enable us to handle all kind of cases,” she said.

The government is taking steps to curb maternal deaths and good health of mother and child after deliveries. However, real improvement is impossible without taking precautionary measures and creating awareness about switching to modern methods for maternal and child healthcare.