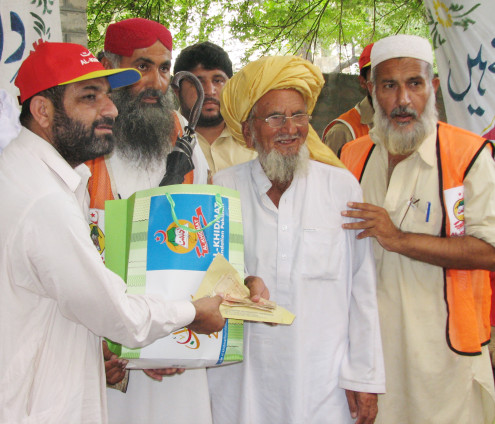 Former president of Al-Khidmat foundation of Charsadda district, Mr Sajjad Ahmad, distributed cash assistance among the families at a ceremony in Tanchi area.

He said the government must repatriate the IDPs back to their native areas and till then the Al-Khidmat Foundation would keep on assisting them.

The IDPs appreciated the Foundation’s relief activities and said that after getting the aid, their children would also be able to celebrate Eid.