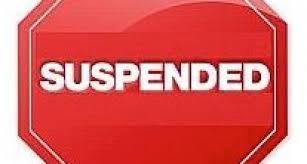 Officials of the ministry said PESCO Managing Director and the ministry’s joint secretary Ghulam Rasool visited PESCO headquarters in Peshawar on Wednesday where he was briefed on line losses, increase in receivables and photo metre reading.

Some officials were suspended over not taking appropriate measures in their respective sub-divisions and circles to reduce lines losses.