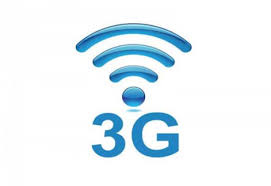 PESHAWAR: The government of Khyber Pakhtunkhwa to ensure the provision of 3G and 4G internet services to the transferred districts of the province. The request in this regard was placed before the Chief Minister in cabinet meeting by Advisor on science and information technology Kamran Khan Bangash.

The information minister while talking to media persons on Friday expressed concerns that the whole world is moving forward with more developments in the field of science and telecommunication technologies but the tribal people are even deprived of the 3G and 4G internet service. “The tribal districts have been kept deprived of this latest technology by successive governments,” the advisor to CM expressed.

“The present government has made the decision that they will ensure the service to tribal people without further delay.” Kamran Bangash also appreciated the talent available in the tribal districts, which he believes, has never been explored. That is also one of the reasons, he said, that the area couldn’t stand at par with the other parts of the country. The advisor to CM informed that the Chief Minister of the province has given formal approval of advice for the provision of 3G and 4G internet technology to the tribal districts. He expressed the hope that with the new efforts by the PTI government, the tribal area will soon come at par with other parts of the province.

The provision of the internet and mobile phone services have been demanded of the youth of the Tribal district since long, where such provision couldn’t be made due to the security situation. The federal government has also made a number of such announcements but it was never given a practical shape. In 2016 an announcement was made to provide better telecom and IT services to tribal people and that initially, cellular towers would be set up in high population areas so that a large number of people could be benefited in far-flung areas of the tribal districts.