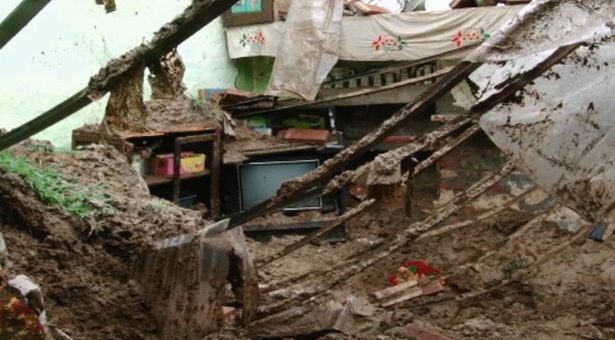 PESHAWAR: Four children of a family lost their lives when roof of their house collapsed in Pishin district on Balochistan on Tuesday.

Local sources said the incident happened in Yaqoob Colony in the morning. The bodies of the children were retrieved by the local people on self-help basis.

Police said rain happened in the area during the last few days due to which the roof of the house was weakened and it ultimately collapsed on Tuesday. The rainwater had also accumulated outside the home for several days which damaged its walls. The victim children were sleeping in one room of the house, while the parents were in the other room. The parents remained safe in the incident. The ages of the deceased children were between 13 to 16 years.

Several incidents of roof collapse happen in Pakistan during rains in which people lose their lives. Most of the times, such incidents happen in remote and inaccessible areas where people do rescue work themselves.

On Saturday, a 10-year- old girl was killed while two other women sustained injuries when roof a house collapsed due to heavy downpour in Anjani area of Lower Orakzai.

On 31 January, two persons of a family lost their lives and five others were injured when roof of their house collapsed due to heavy rain in Bajaur tribal district.

On 29 January, four people were killed after the roof of their house collapsed in Pasni area of Balochistan. The deceased included a man, his wife, and their two sons.

Rain has also been predicted in other parts of the country including northeast Punjab (Rawalpindi, Gujranwala, Lahore divisions), Islamabad, Gilgit-Baltistan and Kashmir, while at scattered places in Quetta, Kalat, Zhob, Makran, Bannu, Dera Ismail Khan, Sargodha and Multan divisions.