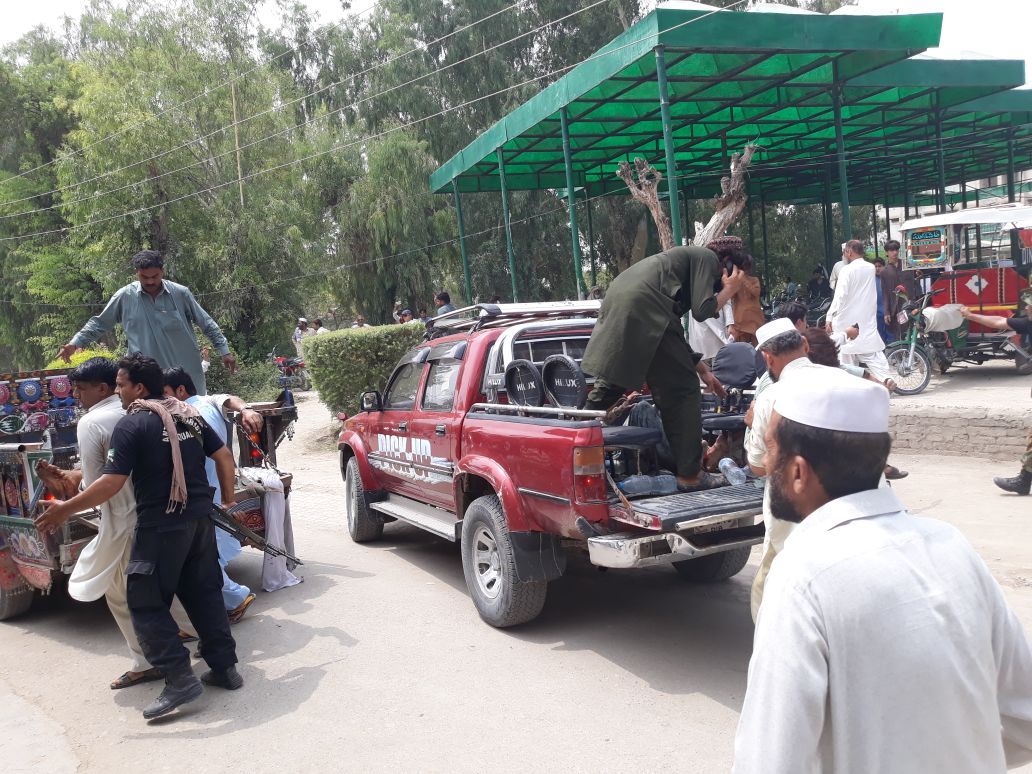 BANNU: At least four people died and 15 others were injured in a bomb blast on the convoy of the Jamiat Ulema-e-Islam-Fazl (JUI-F) leader and former Khyber Pakhtunkhwa chief minister Akaram Khan Durrani in Bannu on Friday.

Initial reports said Akram Khan Durrani remained safe in the attack. Akram Durrani along with a convoy of supporters was going for participation in a rally when a bomb planted on the roadside exploded on the convoy in the jurisdiction of Hovaid Police Station.

Police and rescue teams immediately arrived at the scene of the blast and shifted the injured persons to the District Headquarters Hospital Bannu.

The incident happened three days after a suicide attack on the corner meeting of the Awami National Party (ANP) in Peshawar in which ANP senior leader Haroon Bilour and 21 other people were martyred and over 60 others were injured.

Akram Durrani is contesting the election on NA-35 (Bannu) against Pakistan Tehreek-e-Insaf (PTI) Chairman Imran Khan on a Muttahida Majlis-e-Amal (MMA) ticket. Political leadership of the country has expressed grave concern over attacks on political leaders in the country, particularly in KP, ahead of the general elections scheduled to be held on 25 July.

Imran Khan in a statement expressed deep concern over the blast in Bannu.

In a statement Imran Khan sought best medical facilities for the injured. He said holding of free, fair and transparent elections was inevitable for Pakistan’s future.