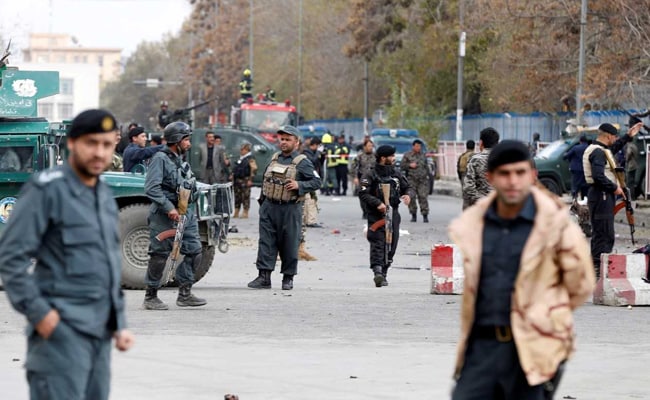 PESHAWAR: At least four people lost their lives and over a hundred others sustained injuries in a car bomb blast in Afghanistan’s capital Kabul on Monday evening.

Afghan officials said the blast happened at around 7:00 pm in the limits of Police District (PD9) and 113 injured people were evacuated to hospitals. Media reports said most of the victims were Afghan civilians and the injured also included 23 children.

A huge contingent of Afghan security forces arrived at the scene after the blast and took the situation under control. The buildings around the blast site were badly damaged in the incident.

The Taliban militants claimed responsibility for the blast. Taliban spokesman Zabiullah Mujahid shared a message with some journalists on WhatsApp claiming that four attackers blew up an explosives-packed truck before entering Green Village and “killing many” foreigners.

It was not confirmed officially whether any foreigners were injured in the blast or not. Reports said some UN staff had lived and worked at Green Village until recently, but Afghan officials said the compound was largely empty now and only a few guards were there.

The recently bombings and other attacks in Afghanistan will further put the ongoing peace talks between the US and Afghan Taliban in jeopardy.

US peace envoy Zalmay Khalilzad in his latest efforts to end to the war in Afghanistan through negotiations will arrive in Pakistan today (Tuesday) to discuss ways and means to end the conflict through talks.

Khalilzad will remain in Pakistan till 19 January to hold talks with top civil and military leadership. He would be accompanied by US Deputy Secretary of State Alice Wells. Zalmay Khalilzad is on two-week long trip for reconciliation in Afghanistan during which he will also visit China, Afghanistan and India.

The Afghan peace talks process was initiated with the help of Pakistan father US President Donald Trump requested Prime Minister Imran Khan through a letter to help in bringing the Taliban to the negotiations table.

The main stumbling block in the talks process is Afghan Taliban’s refusal to accommodate the representatives of the Afghan government in the talks. Taliban have twice cancelled the planed talks with the US officials on the same issue. Taliban have also rejected the demand of announcing ceasefire during the talks.