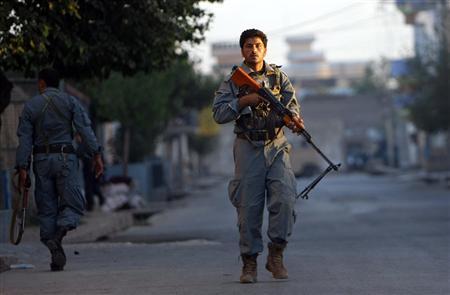 PESHAWAR, 1 June: Four militants have been killed and 19 people, including seven cops, sustained injuries in a clash in Nangarhar province of Afghanistan.

Taliban spokesman Zabihullah Mujahid has claimed responsibility for the attack. He said a meeting between Afghan police and foreign officials was underway in the police headquarters at the time of the attack.