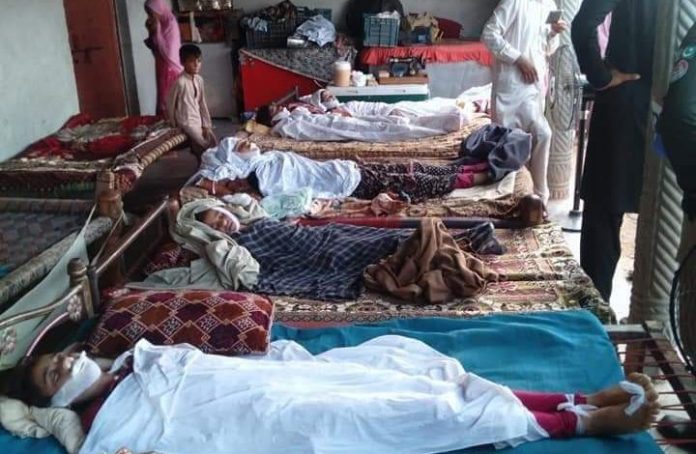 KOHAT: In a tragic incident, five children of a family drowned one after other in Keri Sheikhan area of Kohat on Friday.

The ill-fated family originally belongs to Bezot tribe of Orakzai tribal district who had recently come to Kohat to sow the crops of a local landlord. The mother of the children had gone to a local pond for washing clothes where her five children drowned.

The tragic incident created an atmosphere of gloom in the whole area and people started arriving at the home of the bereaved family to express condolences.

The local police after legal formalities handed over the bodies to heirs. The bodies were sent to the family’s ancestral village in Orakzai district for burial.

Meanwhile, the body of a mentally challenged person, who was missing since the second day of Eidul Azha from Sepah area of Khyber tribal district, has been found from a deserted well.

Local sources said Jannat Khan, who was stated to be mentally challenged, went missing from Jhansi area of Bara tehsil on second day of Eid and the family members started search for him. The search continued for several days and on Friday someone looked into a deserted well by using a mirror reflection and found that a body was laying there.

The Rescue 1122 was informed about the matter which came at the scene and retrieved the body. The deceased was laid to rest.

No information was report about filing of any case by the local police or any action on the incident. It could not be known that under which circumstances the mentally challenged person fell into the well.