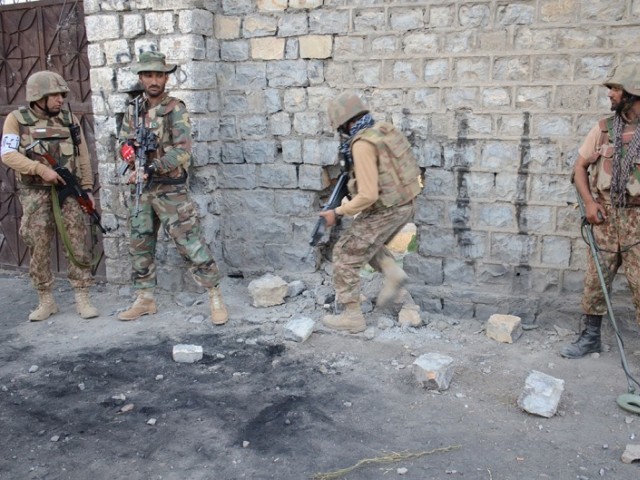 WANA, 12 July: Four soldiers and nine militants have been killed in a clash in South Waziristan Agency.

Official sources said the security forces were conducting a search operation in Pir Ghar area of South Waziristan on Saturday night when the militants opened fire on them. Four soldiers were killed and four others sustained injuries in the firing.

The sources said nine militants were also killed in retaliatory firing by the security forces.

The military claims killing 2,700 militants since the launch of a major military operation in the region in June last year.